We have made great strides in the past 100 years here in the UK, ladies. We (finally) got the right to vote; our current and longest-serving monarch, Queen Elizabeth II, is a woman; we’ve had two female Prime Ministers; and 70% of us are in employment, the highest rate since records began.

But there’s still a long way to go in the quest for equality of the sexes: the gender pay gap that has been so much in the spotlight recently is testament to that. In her book, Lean In, Sheryl Sandberg writes, “Real change will come when powerful women are less of an exception”, and we couldn’t have put it better ourselves.

We have compiled a selection of influential and entrepreneurial women from across the globe, all of whom have broken boundaries and crashed through glass ceilings, often within male-dominated industries, in order to achieve massive and well-deserved success in their chosen fields.

These are just some of the amazing women who contribute to make the world a better place. A special mention must also go out to all the influential women who don’t usually get the column inches or the widespread praise they deserve: to all the female teachers, doctors, nurses, cleaners, judges, architects, nannies, anyone else in a “normal” working position; and not forgetting, of course, the stay at home mothers, who don’t even receive any financial rewards in their role.

All those women have the power to inspire and mould the young hearts and minds of the future. If we can teach our sons and daughters that there’s equal worth working in whichever sphere, regardless of gender, and that women can be role models in whatever they choose to do in life, then Sheryl Sandberg’s quote about real change will truly be realised. 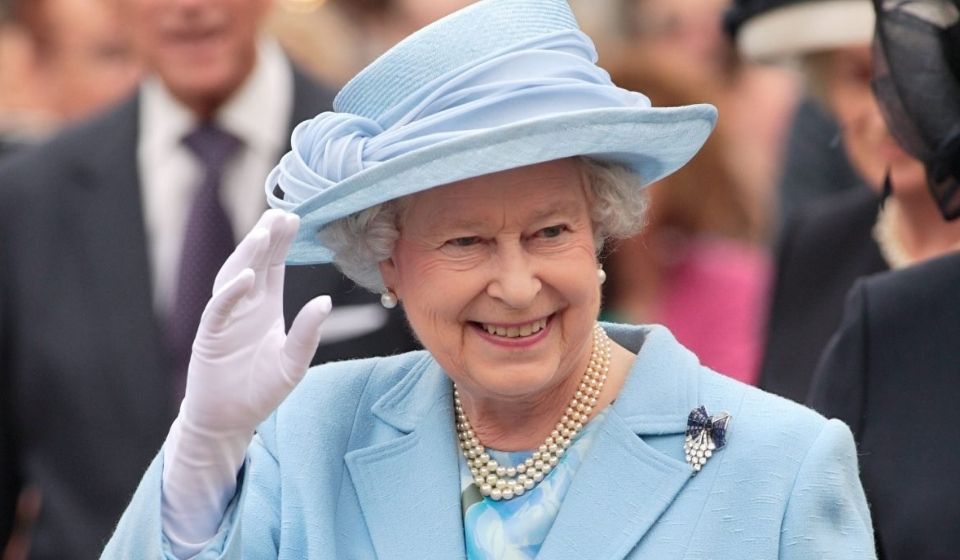 The Queen is Britain’s longest-lived and longest-reigning monarch, having reached her Sapphire Jubilee in 2017. Throughout her reign, especially over the last twelve months, she’s become the rock of the United Kingdom and is one of the most powerful women in the world. 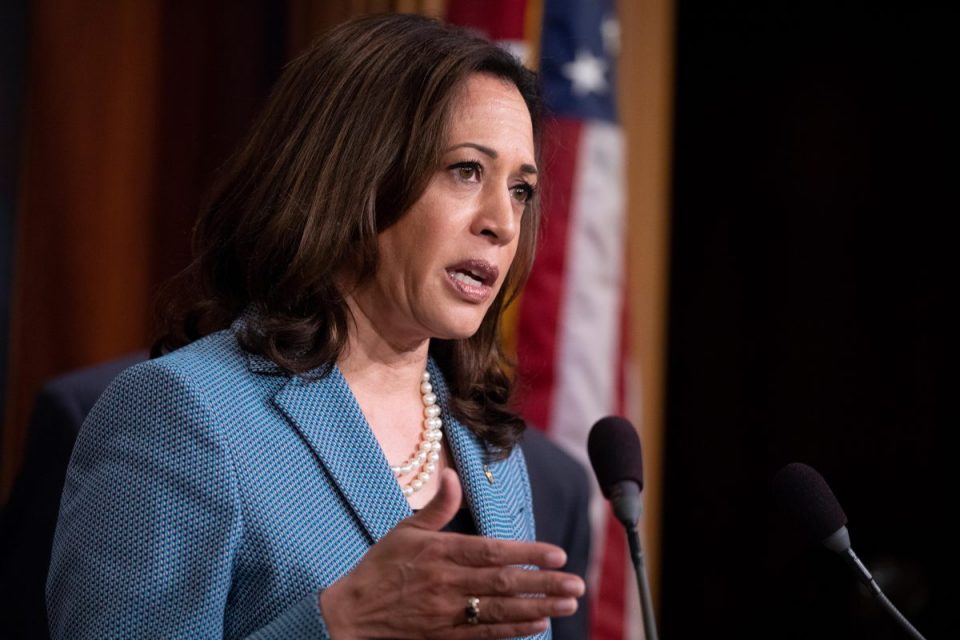 Kamala Harris set out on a mission to make history, and she just so happens to have succeeded, becoming the first female vice president of the United States. Not only that, but she’s also the first Black and first South Asian VP-elect too. Working alongside Biden, she’s helping to fight for justice, recognition and power for the people. 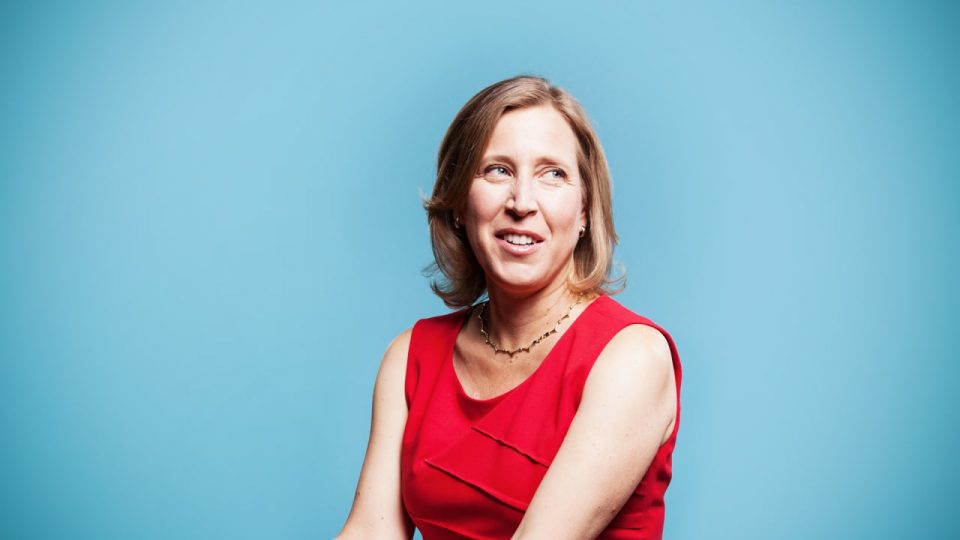 As Google’s 16th employee, Susan was the firm’s first marketing manager, before advocating for its $1.65bn acquisition of YouTube in 2006. She is now the CEO of YouTube and is worth an estimated $580m. 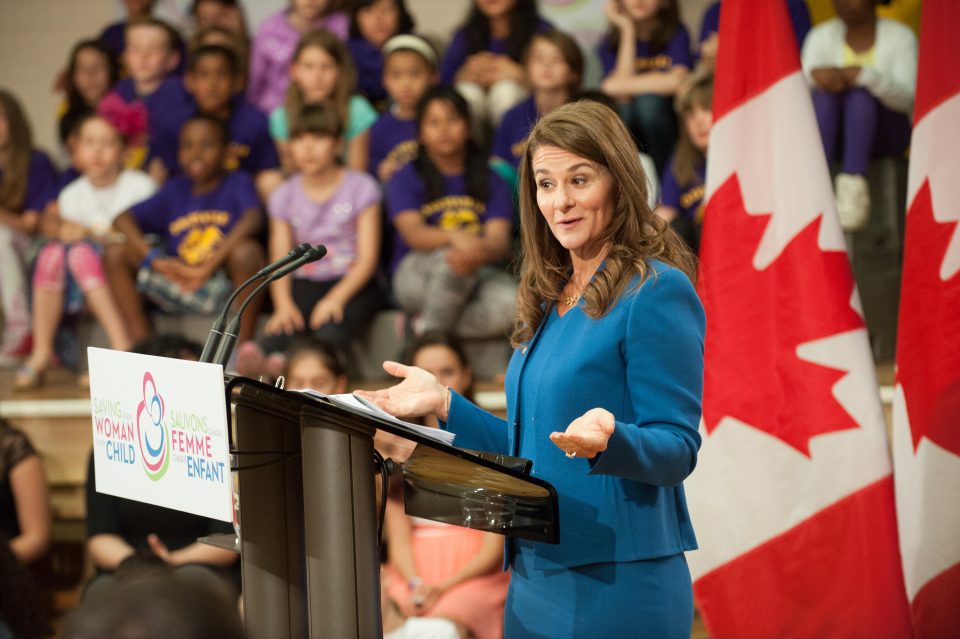 Melinda’s work as a philanthropist and Co-Founder of the Bill & Melinda Gates Foundation aims to enhance healthcare and reduce poverty globally, and to expand educational opportunities and access to IT within America. She has spoken out against sexism in the tech industry, and on the importance of a work/life balance. 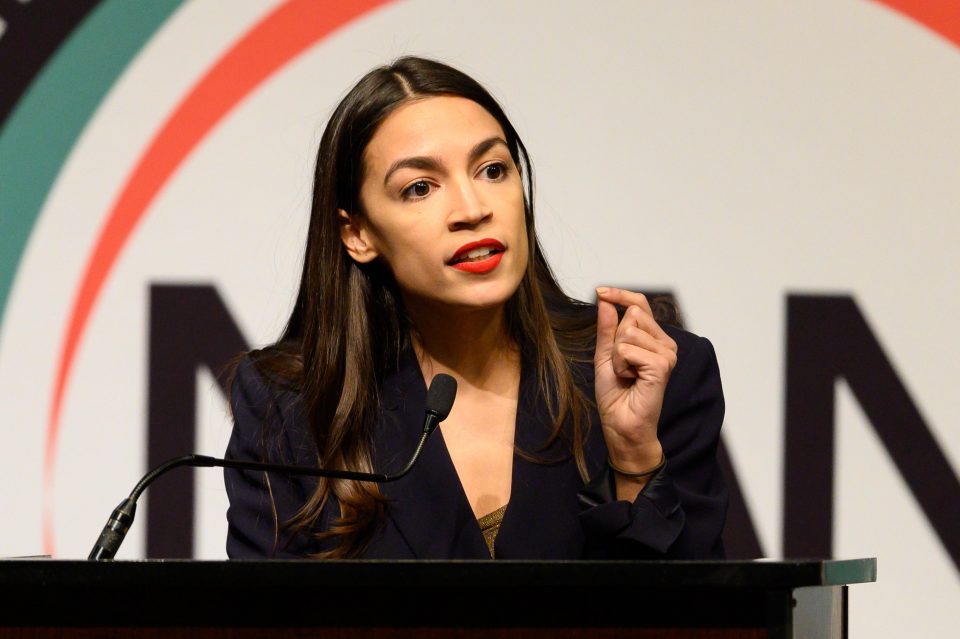 Also known by initials AOC, Alexandria Ocasio-Cortez is the youngest woman in the United States to ever serve as congress and acts a beacon of hope to young girls across the country and beyond, that they can strive to be successful no matter their age, race or sex. 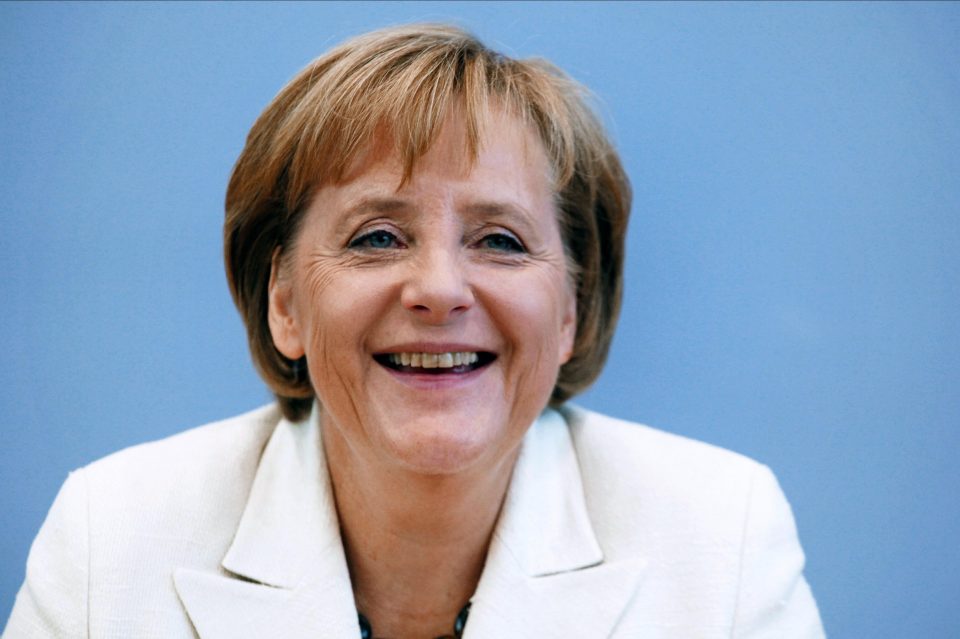 Having served as Chancellor of Germany since 2005, Angela is often described as the de facto leader of the European Union and the most powerful woman in the world. 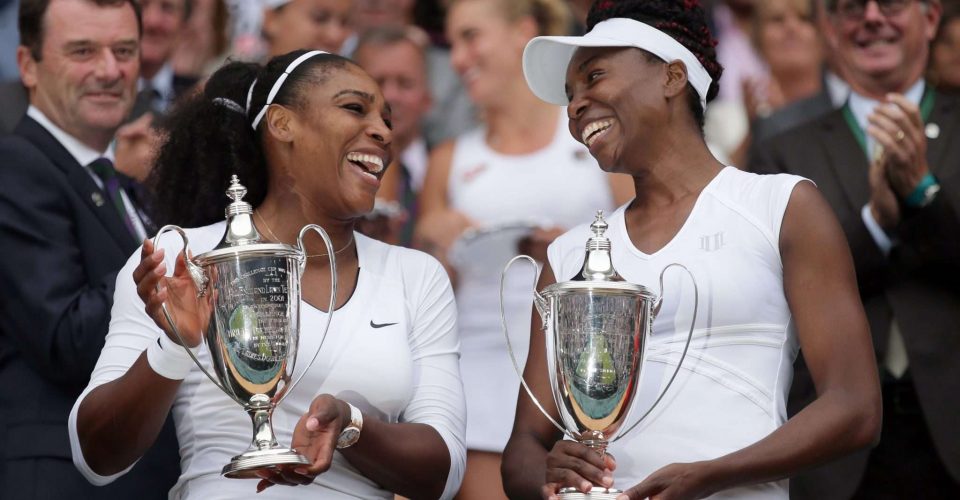 The Williams sisters are two of the most successful professional tennis players on the planet, having been ranked by the Women’s Tennis Association at the World No. 1 position in both singles and doubles. 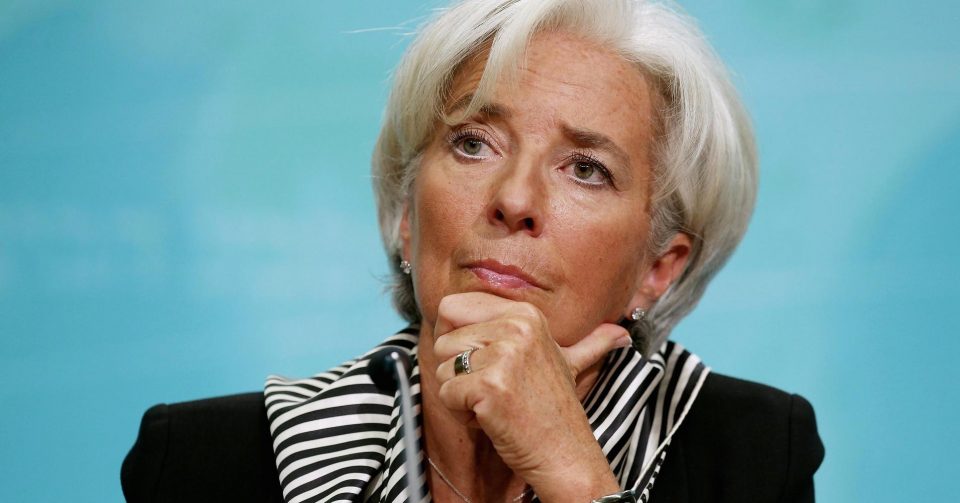 A French lawyer and politician, Christine has been President of the European Central Bank since 1 November 2019, having previously been the Managing Director of the International Monetary Fund from 2011-2019. She’s also previously held various ministerial posts in the French government. 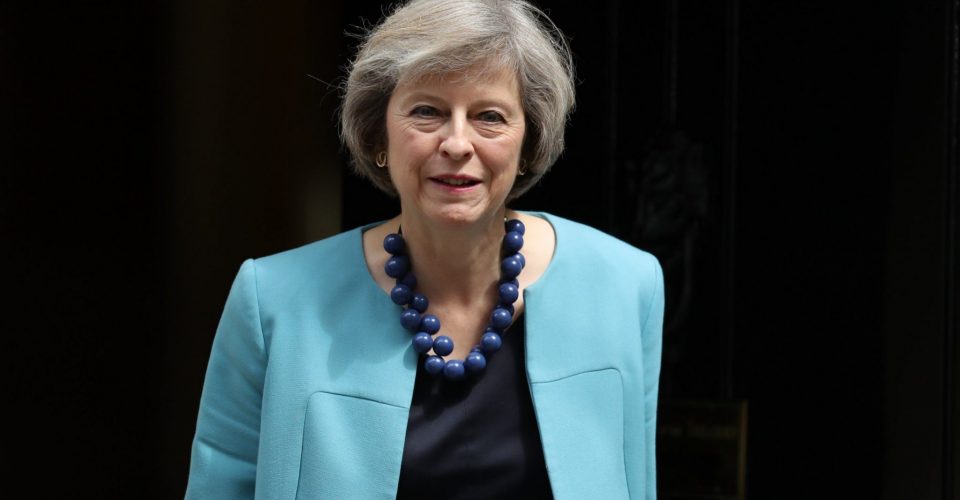 Theresa May served as the second female UK Prime Minister and Leader of the Conservative Party from 2016-2019. 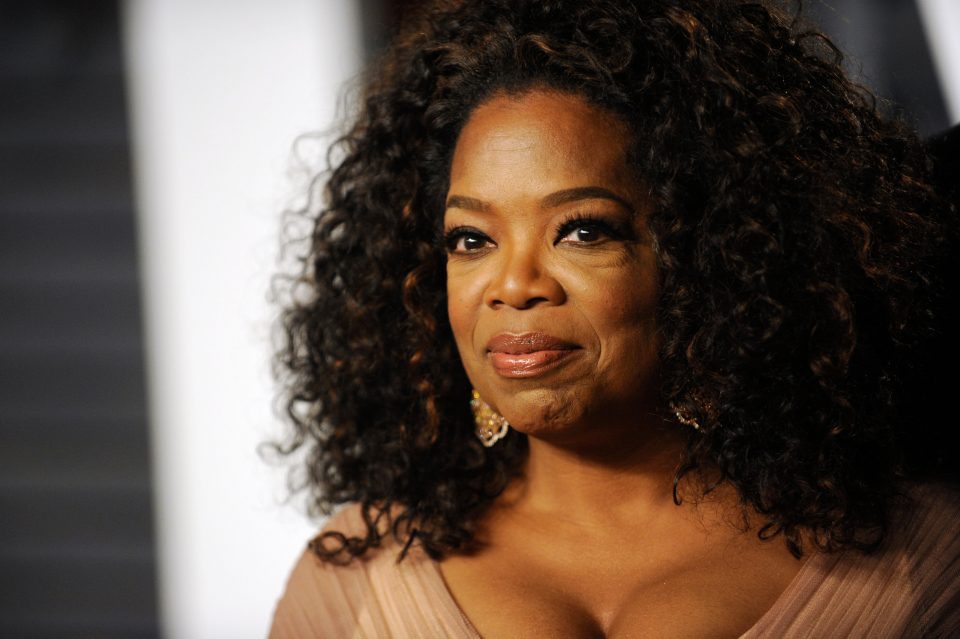 Born into poverty in rural Mississippi, media proprietor Oprah Winfrey is now the richest African-American in the USA, and her work as a philanthropist makes her one of the world’s most generous contributors. 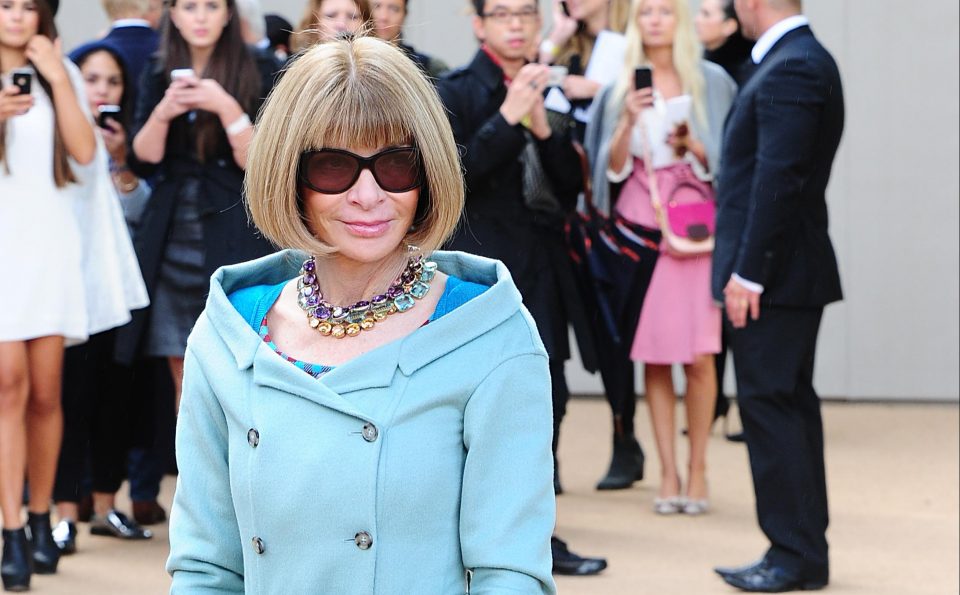 With her trademark bob haircut, dark sunglasses and fierce reputation, Vogue’s Editor-in-Chief is one of the most influential figures in the fashion world. 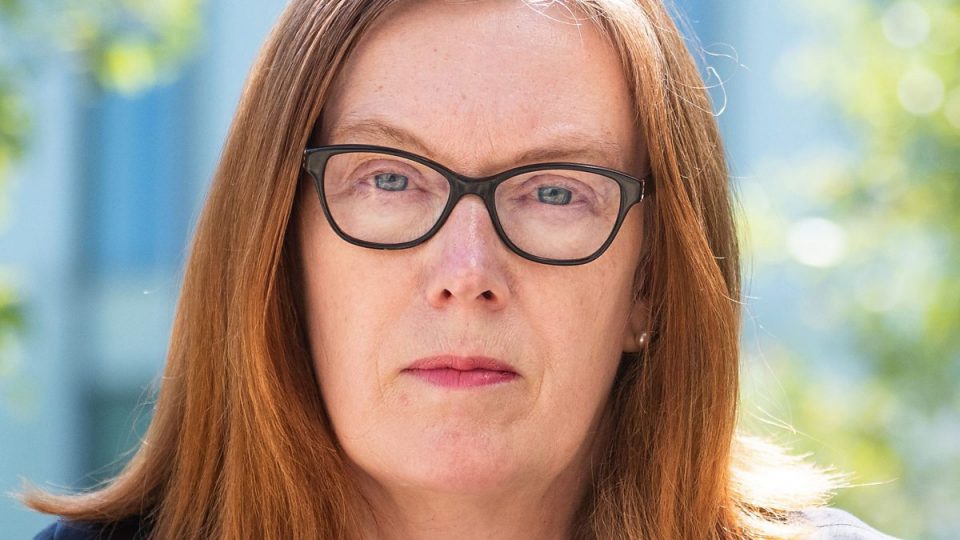 Having worked testing and making vaccines for over 15 years, Professor Sarah Gilbert has recently won a prestigious medal for helping to lead the team behind the Oxford Covid vaccine. 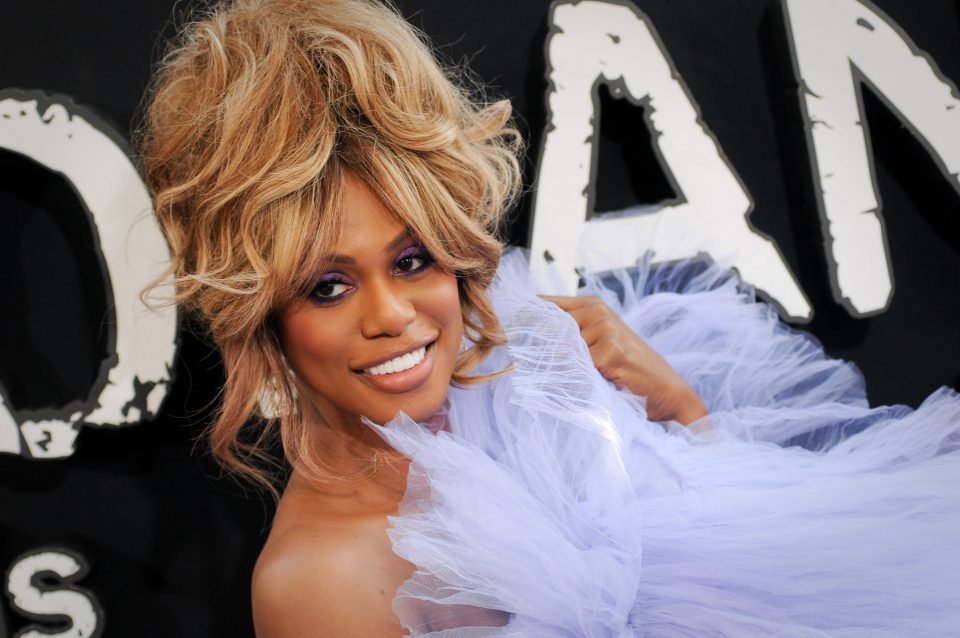 Known for her role in Orange is the New Black, Laverne Cox became the first transgender person to be nominated for a Primetime Emmy Award in any acting category, and is a huge advocate for trans equal rights. 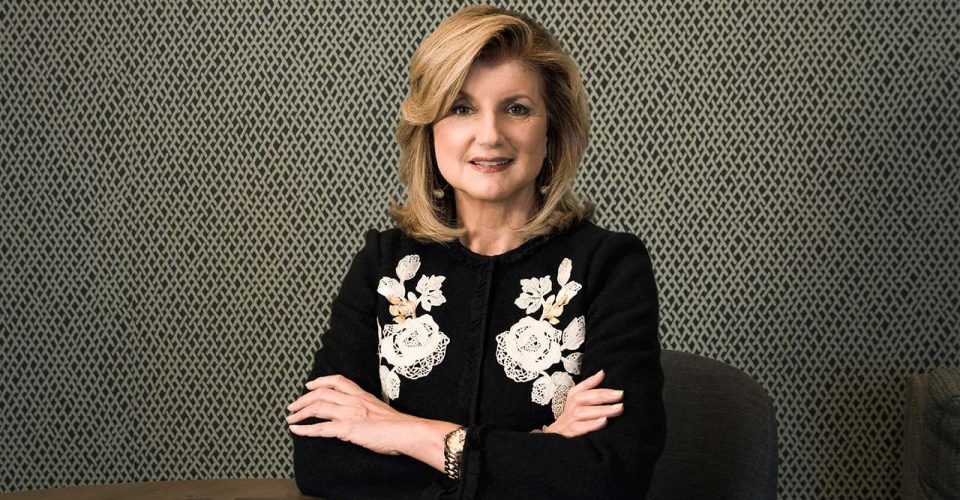 Arianna was the co-founder and editor-in-chief of her eponymous liberal news and opinion website, The Huffington Post, which was acquired by AOL in 2011 for $315m. 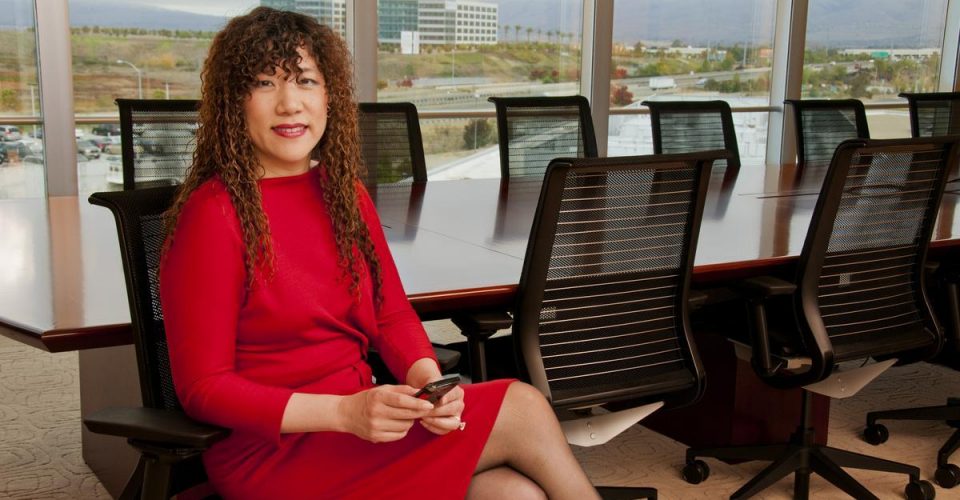 As the Director, co-founder and former president of Marvell Technology Group, Dai is considered one of the world’s most successful female entrepreneurs. 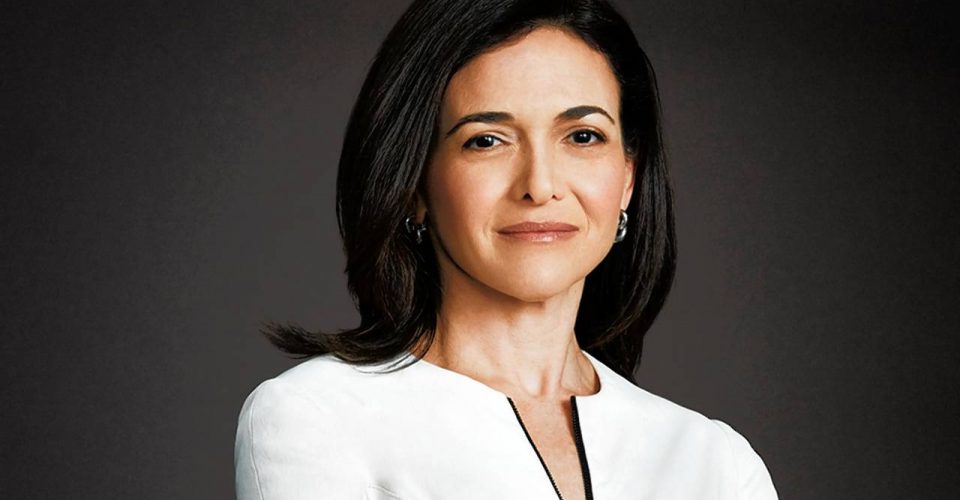 Sheryl was vice president of global online sales and operations at Google, before leaving to join Facebook as its COO. She is also the founder of the Lean In Foundation, dedicated to offering women inspiration and support to help them achieve their goals. 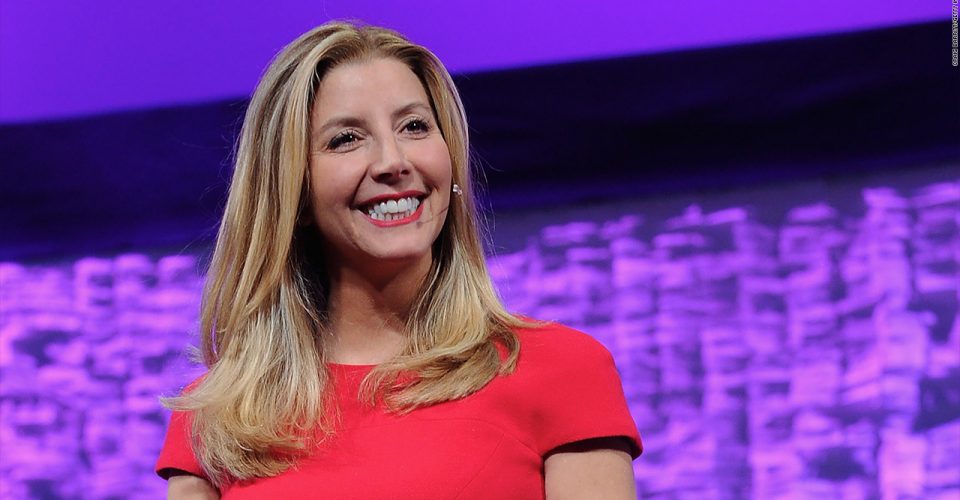 Sara used $5,000 of her savings to develop the first Spanx product, before building the company into the multi-million dollar business it is today. In 2006 she launched a foundation to help women through education and entrepreneurial training. 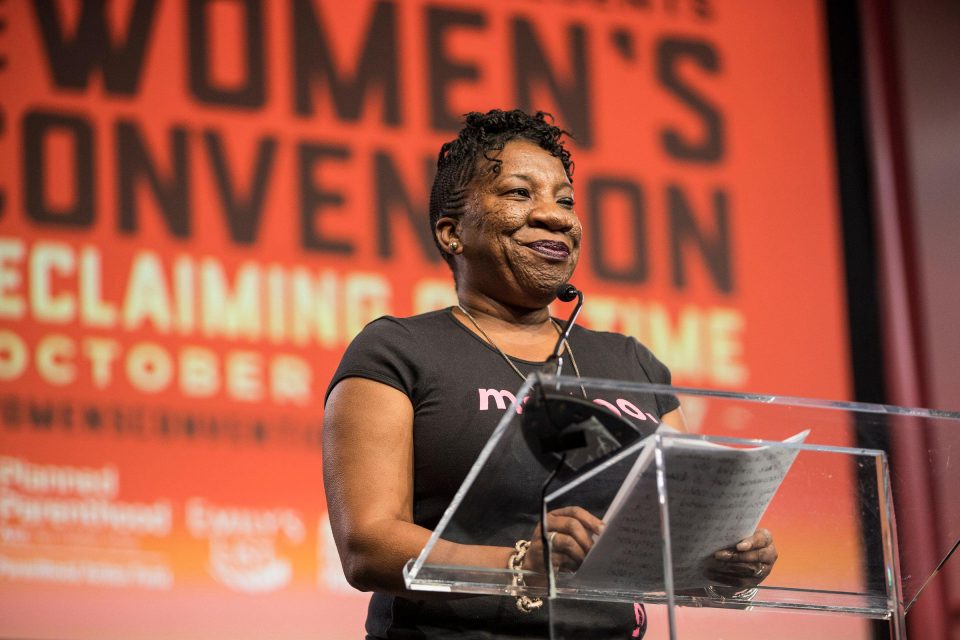 American activist Tarana Burke is the woman behind the Me Too movement, offering a space that allows women to share their stories and speak out against their sexual harassment and abuse. 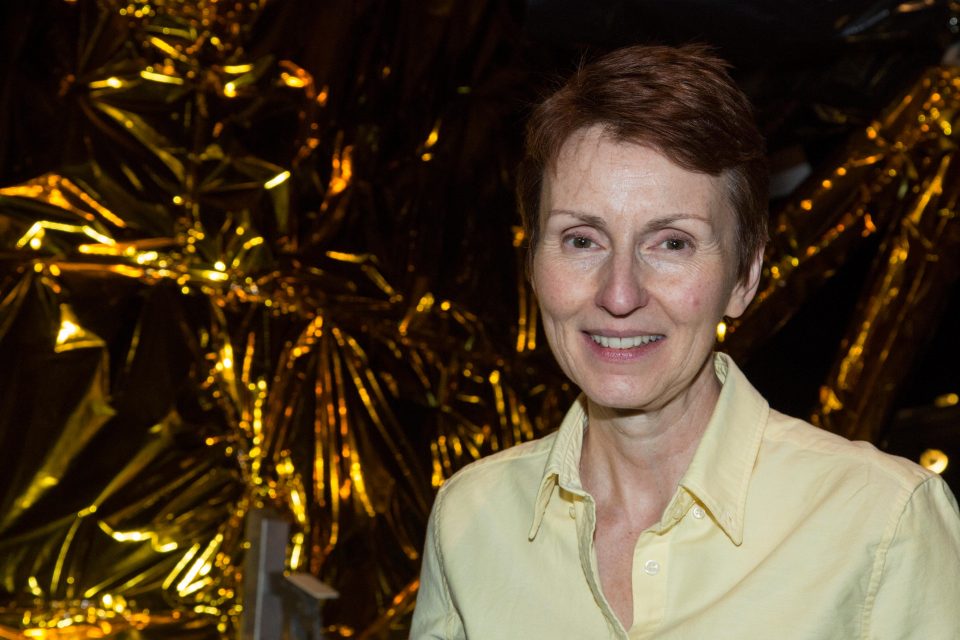 Helen Sharman made history by being the first British astronaut and first Western European woman to go to space. As of 2015, she now works at Imperial College London in the Department of Chemistry as Operations Manager. 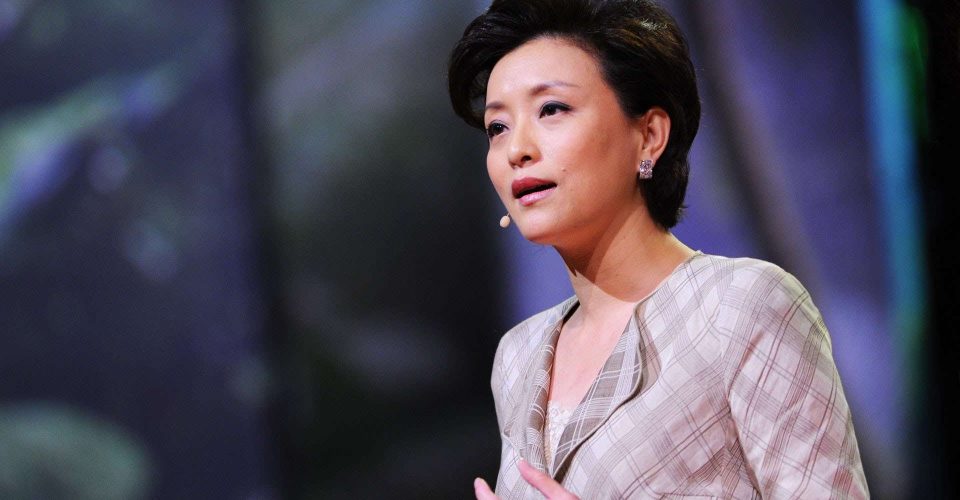 One of the most powerful women in Chinese media, Yang is the co-founder and chairperson of the Sun Media Group and Sun Culture Foundation, as well as being a leading television host. 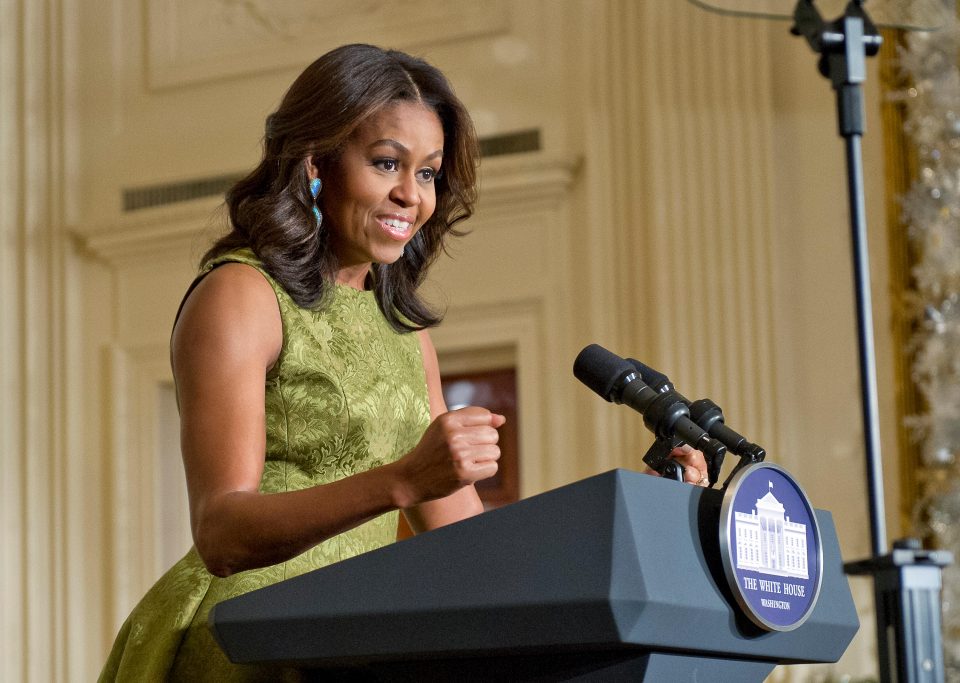 During her husband’s two term presidency, former lawyer and First Lady Michelle was an advocate for the arts, education, poverty awareness and nutrition. 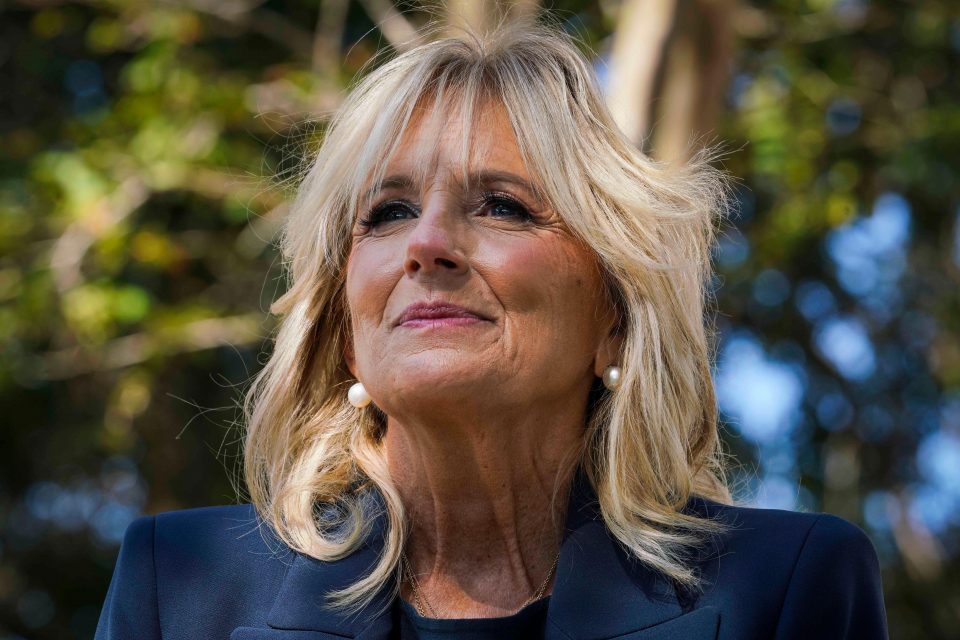 The current first lady of the United States, Dr Jill Biden also made history as being the only first lady to ever keep her day job as a professor at Northern Virginia Community College. 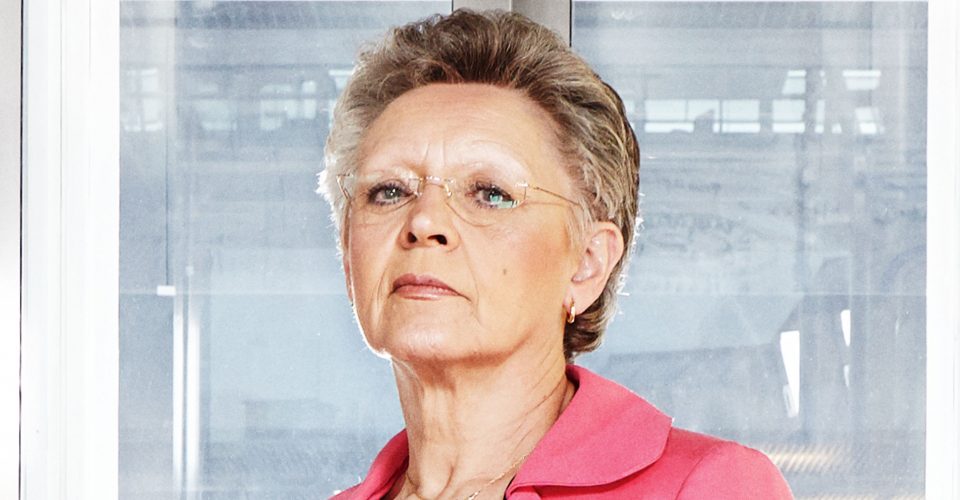 Virologist Françoise was awarded the Nobel Prize in Physiology or Medicine in 2008 for her work in discovering HIV at the Pasteur Institute in Paris. 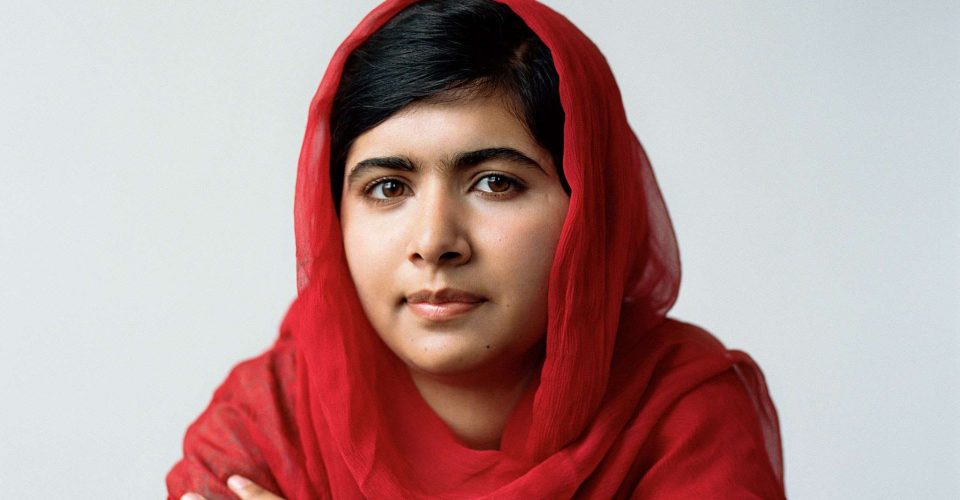 The Pakistani activist who publicly spoke out against the Taliban’s prohibition on the education of girls became one of the most famous teenagers in the world when she survived an assassination attempt. She was awarded the Nobel Peace Prize in 2014 and studied PPE at Oxford. 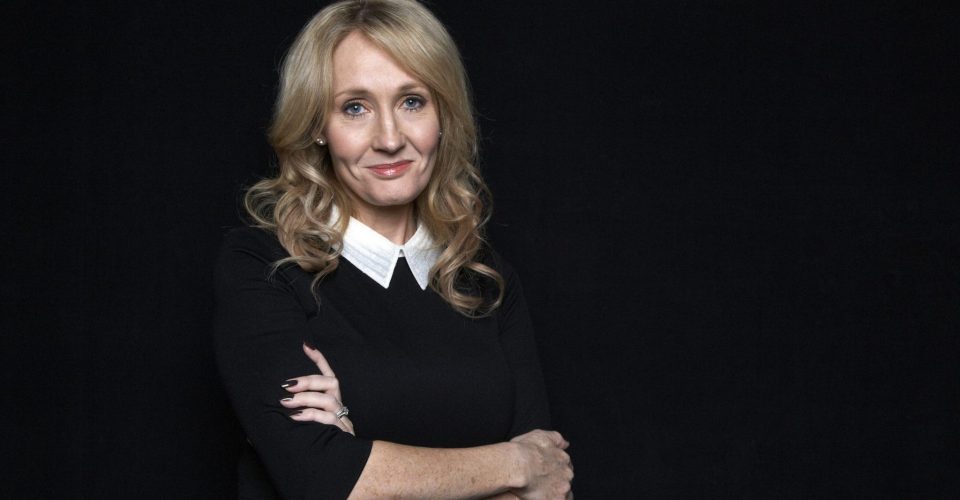 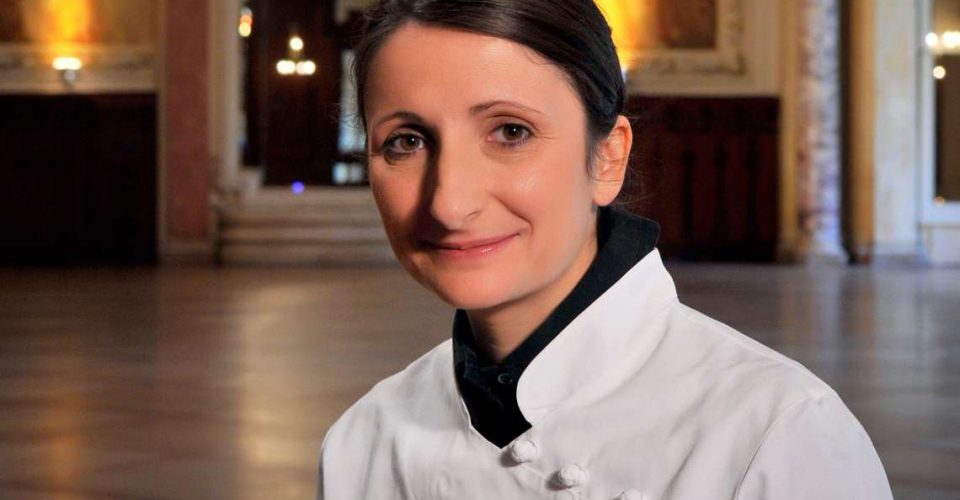 Descending from a long line of renowned French chefs, Anne-Sophie is only the fourth female chef to win three coveted Michelin stars for her restaurant, Maison Pic, in southeast France. 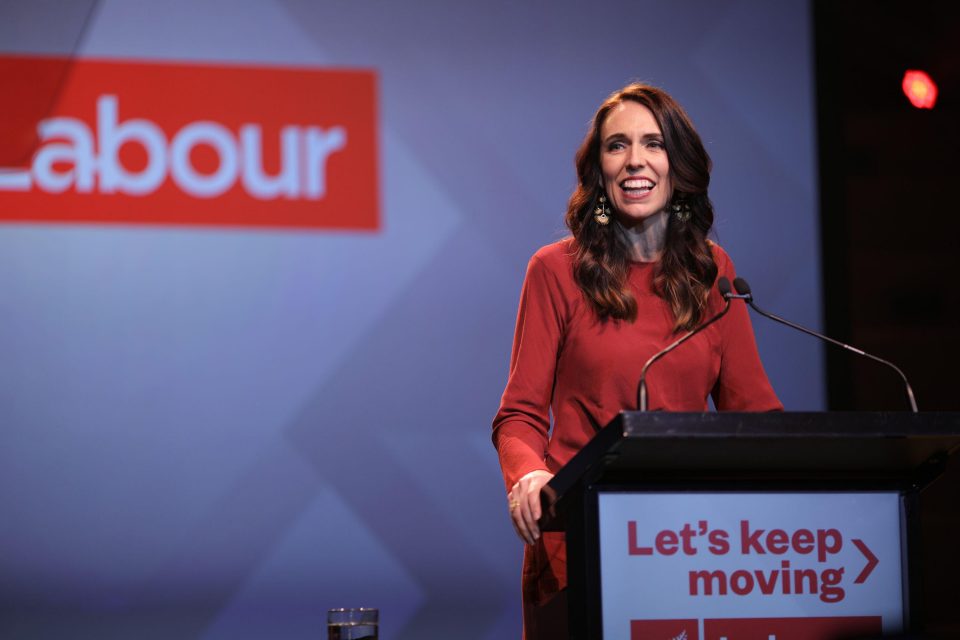 Jacinda is the world’s youngest female head of government, having taken office as Prime Minister of New Zealand at the age of 37.

Greta Thunberg has taken the world by storm with her politically charged environmental activism. At the young age of 15, Thunberg took to the streets, standing outside the Swedish parliament, with placards reading ‘Skolstrejk för klimatet’ – School strike for climate – in the hope to call for action on the devastating effects of climate change and how political figures begin tackling the subject.

Like This? Read This:  17 Female Chefs at the Top of Their Game

From Current News and Smart Views

To the latest fashion and beauty edits, food, interiors and travel
Join now to be in the know