It’s not that we’re not all working hard, all of the time, but sometimes office chat does tend to…drift. Rather than alighting on Love Island, Brexit or colleagues’ intricate romantic binds, of which there are many, last week we discussed our travel bucket lists. Where would you, if money were no option, travel to? Would you set sail for the Caribbean? Tie a kangaroo down in Australia or big game spot in Kenya? As Travel Editor I decided to make everyone miserable by writing a paragraph or two and turning it into a handy guide. Here’s what The Handbook team would do…

Emily would grab a sombrero and head straight down to Mexico’s Tullum for the sound of the sea (to be fair you can get that in Margate) before jumping on a plane to Western Australia to check out a rat-infested island. It takes all sorts, I suppose… 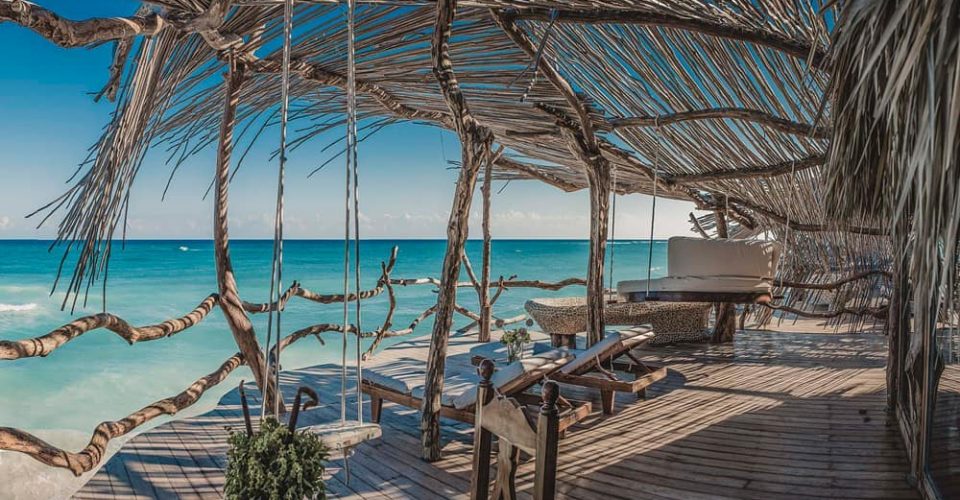 I am happiest when I am near the water, to the extent that I listen to the sound of waves on Spotify when I go to sleep – it used to be Radio 4 but I kept waking up when they played the national anthem at 1am. Which is why I want to go to Azulik in Tulum, Mexico which sits between the Tulum jungle and Caribbean Sea. Not because they have a mariachi band to wake me up with a rousing rendition of God Save The Queen but because the hotel, made up of eco villas, sits on the edge of the sea. I’ve got my eye on the Sky Villa, a glorified tree-house up amongst the stars with unparalleled views of the sandy beach and turquoise waters below. I can laze on a day bed, comforted by the noise of the lapping waves or take a bath in a typical Mayan mosaic bathtub gazing out to sea. When I feel like doing something I’ll head on one of the Mystikal Wanders created by the hotel which will take me deep into the Mayan jungle to swim in cenotes and paddleboard across lagoons. 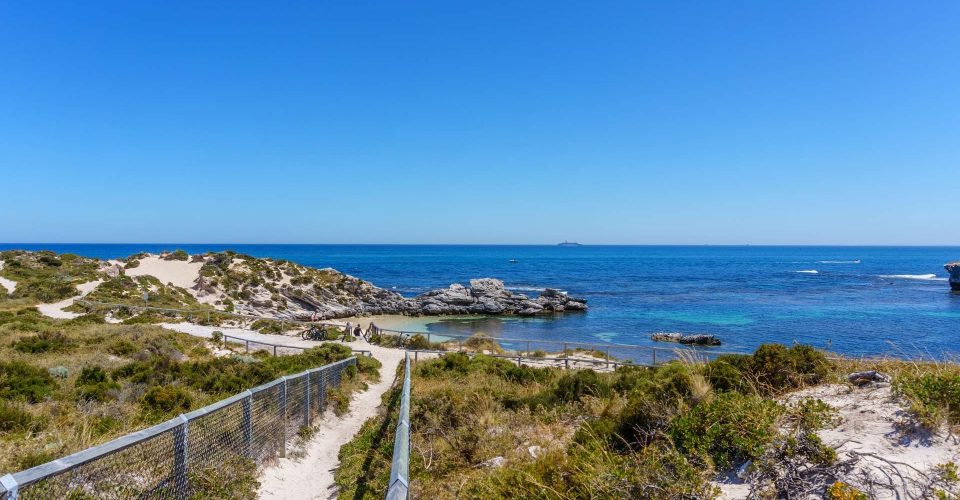 I’m not one for crazes, you’re not going to find me jumping out of my car to dance to Drake, I never did the Harlem Shake and I can’t keep still long enough to be mistaken for a mannequin. That said, there is one craze that I would want to do and that is get a selfie with a quokka. Rather like a mix between a rat, cat, wombat and kangaroo, the little marsupial is known as the happiest animal in the world thanks to its smile and apparent fondness of tourists and getting in selfies. You’ll find them on Rottnest Island (originally Rotte Nest Island, meaning rat nest as quokkas were thought to look like rats…very cute rats), a nature reserve just off Western Australia. Laze on the white sandy beaches, rent a boat, snorkel, go cycling or just explore the flora and fauna by foot (there are no cars on Rottnest), the island is a nature lover’s paradise and as former captain of the nature quiz team at primary school it’s the place I need to go to.

Charlotte (New Charlotte, not Original Charlotte) is dreaming of Bora Bora, no not the Afghan cave complex and Al Quaeda hideaway, but the other Bora Bora, in French Polynesia but also the spooky salt flats of Bolivia.

I remember the exact moment I realised I wanted to go to Bora Bora. It was when I was younger, circa 2006 watching The Holiday, and Cameron Diaz had just broken up with her sleazy bf. In a bid to escape her luxe life, Diaz does the old Google search for a grass is greener holiday hot-spot, briefly stumbling across Bora Bora. I remember thinking, wow that place sounds interesting, and a quick Google later on my part and I find myself including it, twelve years on, in my holiday bucket list. Bitter sweet, as I still haven’t managed to get the suitcase packed and save up the pennies to visit.

Pictures of Bora Bora are easy to paint; imagine paradise, and you’ve hit the nail on the head. The small South Pacific island northwest of Tahiti in French Polynesia (already sounds glam), depicts crystal clear waters, coral reefs ideal for a scuba and a whole host of Instagram feed-style hotel huts floating on the water. Did I mention the array of fish that look like the cast of Finding Nemo have hatched a home there? My reasons for wanting to go are very painless to comprehend; it’s pretty, I can grab a whole year’s worth of insta-worthy pictures, I can paddle board like Kim K, and there are Bloody Marys galore – so, what’s not to love? Cameron Diaz, thanks for bringing this place to my attention. Why you chose Kate Winslet’s Surrey cottage over this island escape bewilders me. 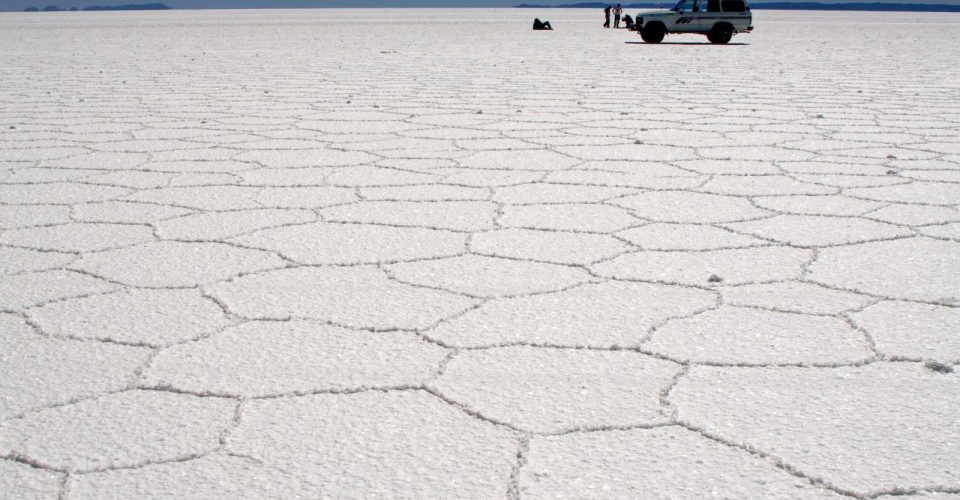 Bolivia’s Salar de Uyuni is far from your typical top five places to travel, and in fact is an extreme vista in South America often overlooked. However, as soon I set my eyes on the salt flat plains of this astonishing place, I knew it was bucket list worthy. The prehistoric lake Lago Minchín,where the salt flats lie evaporated a long time ago, and in their wake we’ve been gifted with the most stunning and bewildering of landscapes. Quite the logistical nightmare if you were to become stranded, like any desert. So, intrepid travellers are advised to choose wisely when it comes to their tour operator to obtain maximum safety.

The cracked salty flats look more like a mirage than reality, some dream like landscape that span 4086 square miles. For the adventurous too, there’s accommodation in local salt hotels, some of which have been constructed by the locals from bricks of the cemented salt. It’s a unique place to visit and one I hope to tick off the bucket list one day… perhaps after a sunbathe in Bora Bora.

Screw dolphins, Charlotte (Original Charlotte, not New Charlotte) wants to go to swimming with pigs. Which is actually a thing in the Bahamas.

So, this might be the most basic listing on our bucket list piece (I’m already dreaming of the Instagram likes a pic of me here would get) but I can’t deny the fact that I would love to go to Pig Island. If you have ever looked at any travel pictures on Instagram you will no doubt have seen it; it’s the one with white sandy beaches, crystal clear turquoise water and massive pigs splashing around. Not only is the Bahamas an obvious wish-list travel destination but I love animals and I find the idea of these hairy, cumbersome creatures frolicking around this tropical paradise, totally out of place, hilarious – I also feel a strong affinity with them after my summer diet didn’t work out.

Finally, Travel Editor Phil wonders why bucket lists never include cities? And also longs for the home comforts of the Cornish seaside. 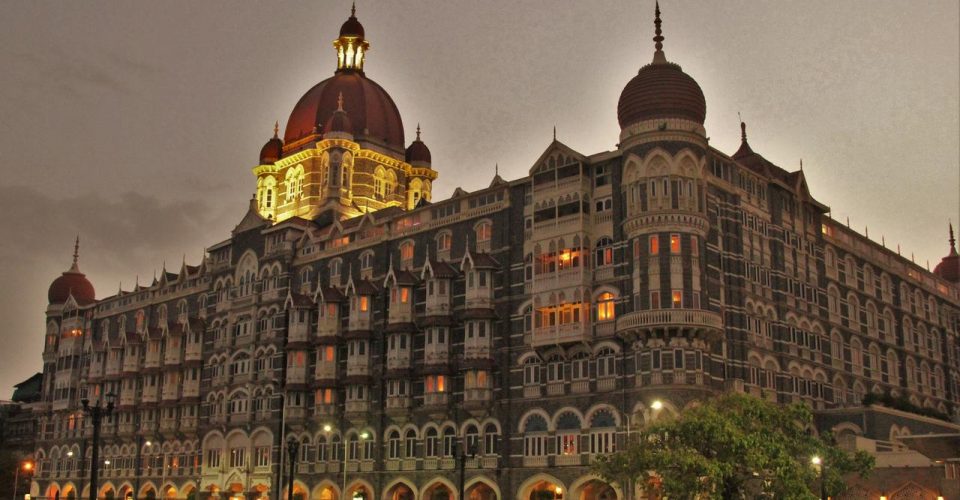 Why is everyone so keen to go to lie on beaches doing nothing? Isn’t it odd that cities are ominously missing from the list? Cities are amazing, hubs of humanity, places where we can marvel at our achievements and commiserate at our failures. Nowhere is this writ larger than Bombay in Western India. The city is a seething pit of mankind that’s endlessly fascinating. As well as family links to this incredible city, I’ve been on multiple occasions and only ever had an amazing time. Hanging out with Bollywood stars at parties to rival anything in London to chatting to auto rickshaw drivers on Marine Drive, I love everything about this city. Any trip across India would have to start in Bombay. 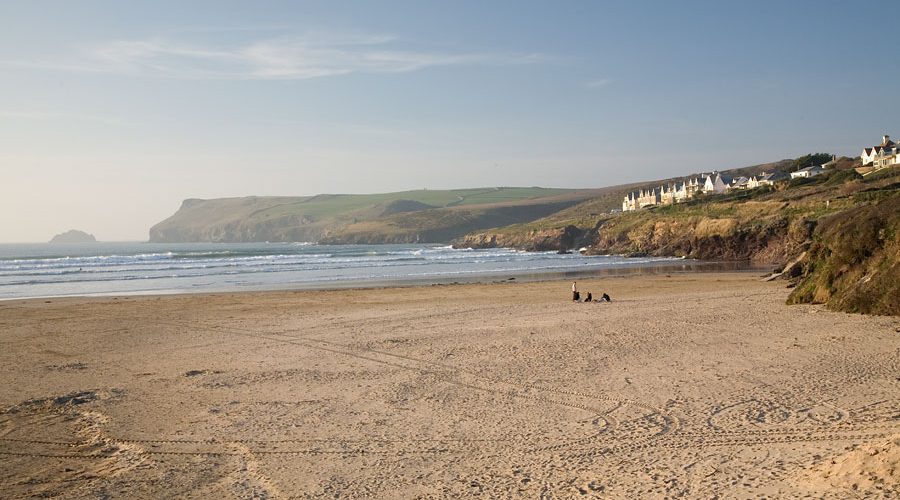 Don’t get me wrong, everywhere on this page is gorgeous and of course I’d love to go to any of them, even the Bolivian salt flats. But I’m about to have a baby and the thought of taking a newborn on an eight hour flight is rather unappealing. Perhaps a far better prospect is a week spent in a cottage in Cornwall, ideally off-season, when there’s nothing but blustery walks and huddling by the aga for entertainment. Polzeath, the destination of countless family holidays of my past, is just the perfect place to take children, far enough from London to be wild and stunning to boot.

Oh, and on the off-chance that you’re able to grant any of our bucket list options, then please do get in touch with our Travel Editor, Phil, at [email protected]…

15 Tips To Help You Sleep Better In A Heatwave

You've successfully registered for our newsletter!
Click to hide this message
Meet Your Skincare Match! Win £150 Worth Of Beauty Essentials By Alpha-H No spam, just a chance to win
Thanks! Your submission was successful!
By entering you are accepting The Handbook's terms & conditions and allowing The Handbook to contact you. I'm okay without this in my life