The man that’s bored of Essex is bored of life. Or maybe he’s just bored of Sugar Hut; it’s tricky to tell under all that fake tan. But if the white van drive between Colchester and Billericay is getting too monotonous, fear not, there’s a solution, and it’s not Canvey Island. Darling, The Only Way Is Marbs. And it’s not just The GC, Jack and Dani or Mark Wright who need apply; there’s something in Marbella for everyone. I decided to (easy) jet in for 24 hours to check it all out. 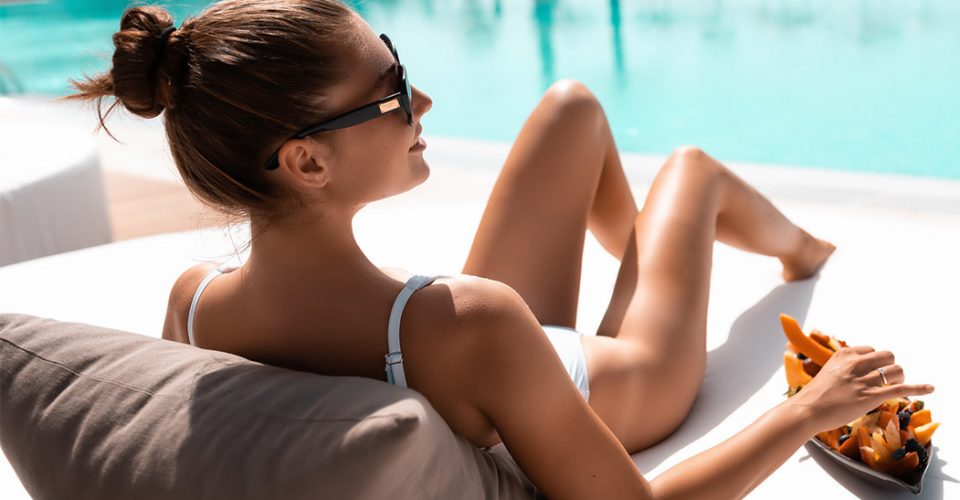 A short-ish flight from Gatwick, three hours – close enough to dash last minute, long enough to get get DVT and chronic back pain from an easyJet window seat – and you’re in Malaga, the sunny home of stag parties and hen dos. But disentangle yourself from the throng of inflatable willies and L-plates and you’re on the highway Marbella-ward, the smartest town in Spain.

Marbella itself is sort of across between Monaco and Miami with just a dash of Chigwell stirred in. So if you arrive clean out of Gucci, there’s an outlet. Missing suitcase accidentally gyrating round a carousel in Larnaca or Lima? Fear not, there’s a Louis Vuitton on-hand. Forgotten your million-pound violin? Yes, there’s a Stradivarius (okay, actually turns out this is actually a teen clothing shop, who knew? Also turns out they hate violin jokes, who knew?). The sun soaked streets of Marbella team with some of Europe’s best heeled sun-seekers. 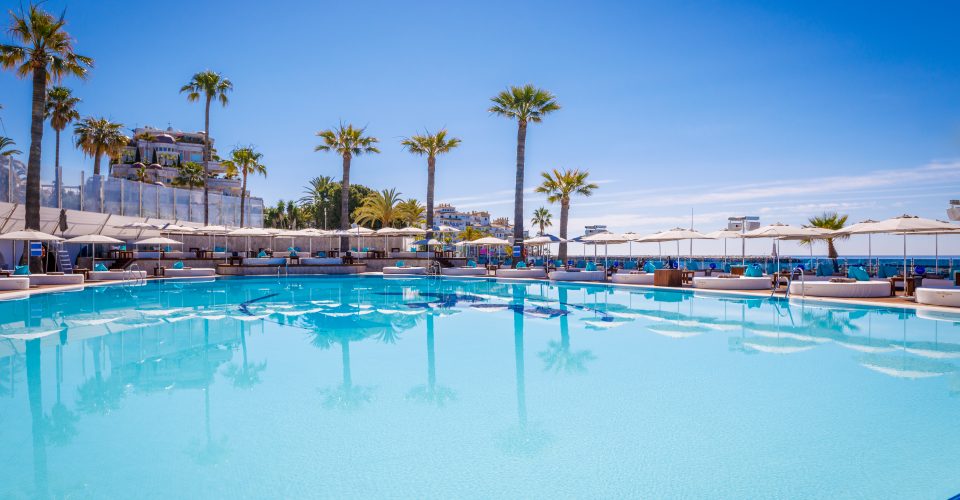 And talking of which, head down to the marina and you’ll see how you were meant to arrive in town. Marbella deftly divides residents into ‘haves’ and ‘have yachts’, adding ‘have super-yachts’ into the fray. The marina alone probably has enough teak to replenish a small South American rainforest. But assuming you’re not retiring to your starboard-side stateroom, then you’ll need somewhere to stay. I settled for the Kempinski.

A relatively short drive from Marbella, on the dual carriageway and opposite a posh garden centre, you’ll find the surprisingly smart Kempinski Hotel Bahía. The hotel rises out of the shoreline like a giant terracotta earthwork, and offers guests an idyllic view, supreme comfort and a level of luxury that you’re right to expect from the town where Eva Longoria, Sean Connery and Simon Cowell are all rumoured to reside. Each room in the hotel comes with an ocean-view balcony, overlooking the med and ideal for soaking up the sun, sipping a glass of rosé or three while you decide which on-site fine dining restaurant to visit, how long to spend at the beach club, in pool or at the luxury spa. But, I was on a tight schedule, and in order to really get under the fake-tanned, vajazzled skin of Marbella there was only one place to head. If you really want to understand this Spanish El Dorado (we’re talking the short-lived TV soap, not the golden utopia of Spanish folklore) then you need to hit Ocean Club. 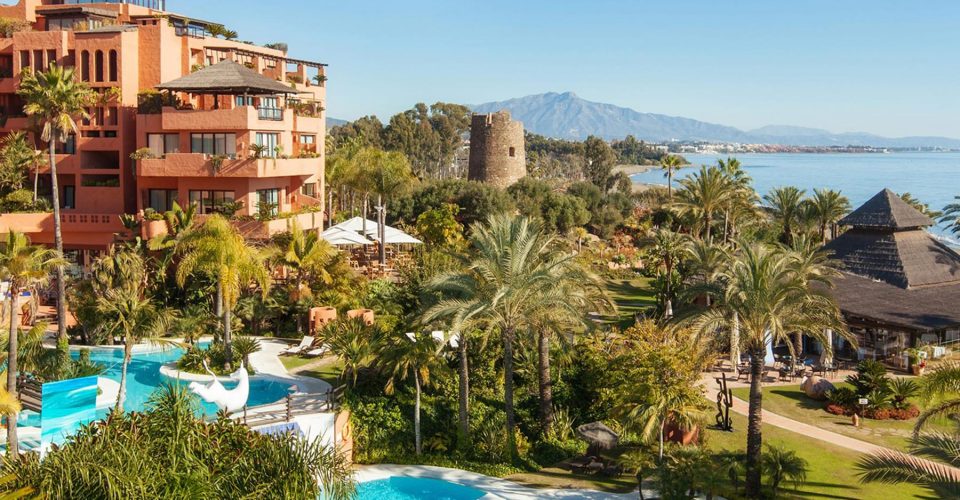 Ocean Club is the place that gives daytime drinking a good name. Anyone who’s anyone can be found at the exclusive marina-side club (except maybe not the aforementioned Eva Longoria, Sean Connery or Simon Cowell). Even if I could have walked the arduous 250 yards from the carpark to the club, I wouldn’t have been permitted, keen to ensure I don’t sweat (or perhaps in the forlorn hope of a tip), there’s a man in a golf-buggy to bring you directly to the door. A stringent outfit check (a friend who had marginally diverged from the dress code was abruptly turned away) and I was in. This was 9,000 square metres  of luxury, affluence and almost class. Swapping a Brentwood double-glazing sales position for a day-bed in Ocean Club never made more sense.

Unlike the clientele’s near-universally orange skin, everything at Ocean Club is white. The walls, the the daybeds, the outfits; all as white as a freshly laundered Ford Transit. Just take a dip in the pool or simply wait for your next cocktail to be delivered to the inoffensive daytime beats of the resident DJs. 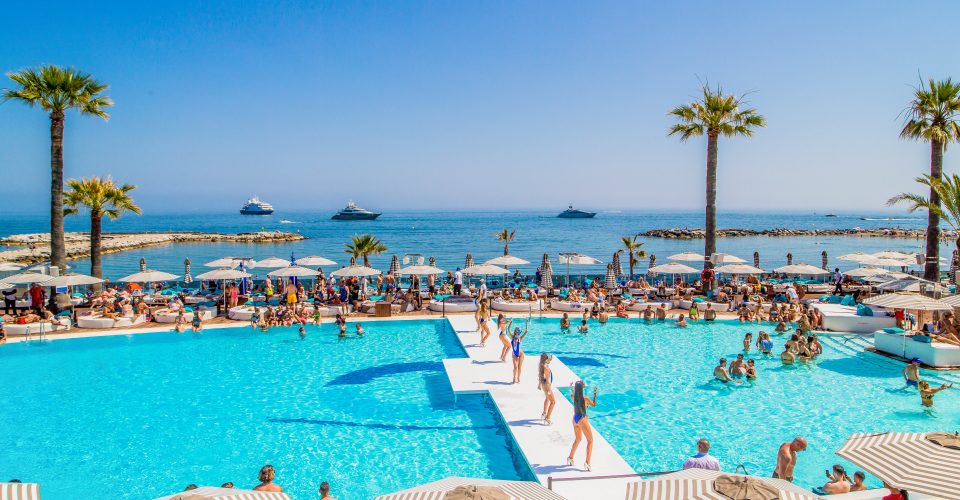 But come sunset, it’s time to down the swimsuit in favour of actual clothes and up the tempo come as the club transforms into one of the best clubs in southern Spain. Think not only big-name DJs but extravagant entertainment and firework displays. Oh, and everyone’s beautiful. Either by chance or by knife, the punters are, all of them, stunning. Sit at your €2,000 a night table and order in a steady flow of Moët as the evening and entertainment ramps ever up toward climax.

Which, of course, you may rather achieve back at The Kempinski, where the beds are incredibly comfortable, ideally preceded by a long dip in the ensuite bath. The next morning I washed off my excitement and headed down to a terrace breakfast at the hotel’s El Mirador restaurant. The excellent full English was more than enough to take the edge of even the toughest of hangovers, and the peach juice is divine. With hours to kill I enjoyed the pool, lounged in the garden, waited an hour and a half for one of the most disappointing steaks at the hotels Spiler Beach Club before gathering my things for the return flight to Blighty. 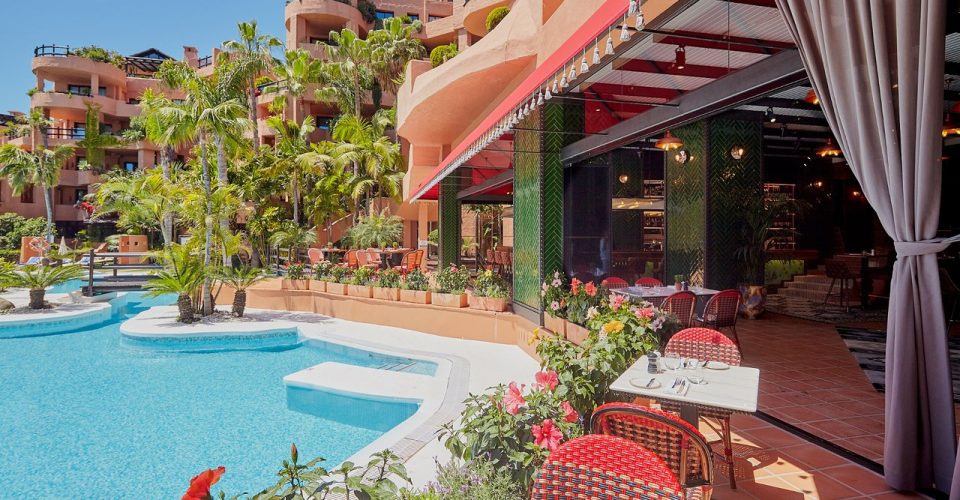 As you make the return leg back to Essex, newly purchesed LVMH cases and Stradivarius in hand, it’s impossible not to reflect that Marbella is an incredibly accessible slice of luxury. Yes, it may be unfairly maligned as Southend-on-Sea-on-sea, and there’s no getting away from the disproportionate level of estuary English to be overheard as you wander these southern Spanish shores, but has anyone considered that maybe the good bergers of Basildon might be onto something? Marbella isn’t for Essex girls, footballers and Love Islanders, it’s close, luxurious and fun for everyone.