Quick, healthy (well if you forget the sugar water) and very moreish sushi is one of those dishes that it seems like London can’t get enough of. Good thing then that we have a whole plethora of sushi bars from Michelin-starred restaurants in Mayfair to sitting on the floor in bars in Soho, here are five of the best places to get sushi:

If someone says they are going to take you to Nobu (and pay) then definitely go. The Michelin starred restaurant on Old Park Lane has been serving up sushi in London since 1997 and you’ll often find it topping the list of best restaurants. With a separate sushi bar, the menu is extensive and includes classics such as salmon rolls and California with crab and avocado but also the likes of eel and cucumber.  The other reason to go if someone says they’re taking you? As you can imagine it’s not going to be cheap with pieces of sushi costing just shy of £10. But that’s the price to pay to eat at Nobu.  www.noburestaurants.com 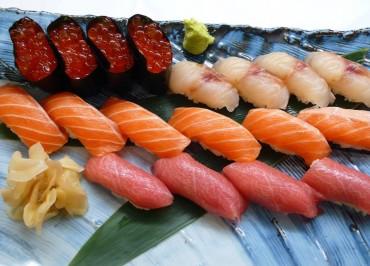 Having opened in summer 2012 and run by husband and wife, Harumi and Toru Takahashi, Sushi Tetsu is a small, relaxed Japanese bar in Clerkenwell.  Booking a table is pretty confusing, it’s not just as simple as calling up – take a look at the website for instructions, but we’ve heard if you book and the just don’t show up then you can get blacklisted – good thing then that when you do get a table it is worth the wait. And the name? Tetsu was the nickname that Toru (ex Nobu) was given when he was an apprentice working in Kobe. www.sushitetsu.co.uk

Get dinner and a show at Roka where the restaurant has an open plan kitchen with a bar around it meaning you can pull up a pew for a close up view of the food preparation. Watch the chefs grill, flip and chop your meals, inspired from Japanese contemporary robatayaki cuisine. If you want to keep it all a mystery then the rest of the restaurant has the usual table layout where you can order dishes like gyu no tataki to truffle; seared beef striploin with black truffle dressing. www.rokarestaurant.com 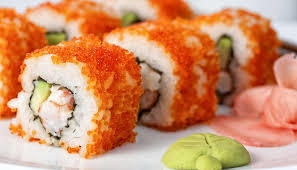 Part of the Hakkasan group, the ultra-modern and minimalistic Sake No Hana on St James Street serves up sushi and sashimi alongside its a la carte menu. Aswell as the usual sushi and sashimi (which also includes eel, sea bream and octopus sashimi) there are also bigger plates, perhaps 21 pieces of nigiri will take your fancy? Wash down with plenty of sparkling sake. www.sakenohana.com

Dozo manages to leave the hustle and bustle of Soho behind and give you an authentic Japanese experience, with floor level seating and giant koy fish splashed across the walls. The sushi here is creatively assembled to resemble pieces of art and is so aesthetically pleasing it’s hard to get stuck but you obviously should as the food is top notch. The drinks are also not to miss, in lieu of Sake why not grab a cocktail made with Japanese vodka (Shochu) mixed with fruit juice and light yoghurt? www.dozosushi.co.uk 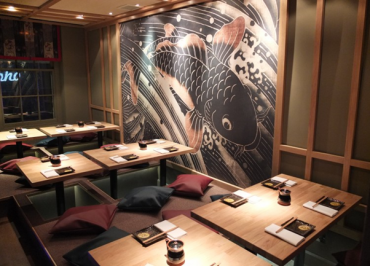 Maze Sushi Review – What We Thought

Burns Baby Burns! Where To Go For Burns Night In London

5 New Recipes To Make This Week

31 Of The Best Restaurants Offering Plant-Based Alternatives This Veganuary