It can’t be denied that as a nation we love pies, so much so that this week is British Pie week, which sounds like just the sort of thing we can get on board on with. From traditional meat pies with gravy and jellied eels to those cooked in Champagne, here are some of the best places to get pies in the capital – bring on the carbs:

Claiming to be the finest pies in the land Putney Pies on Putney High Street sure know how to make a classic British pie and it seems as if London is loving it as they always seem to be packed. If you do get manage to get a seat then this week they have a special pie week menu, with truly British ingredients we’re talking pig’s head, parsnips, oxcheek and Guiness. www.putneypies.co.uk

The Parlour cow pie has a bit of a cult following (especially at The Handbook HQ) and now Jesse Dunsford Wood  has created a special menu for this week – three courses of pure pie – start with pork pie, then fish pie which is made with smoked salmon, cod, boiled egg and comes complete with a fish tail poking out of the top and finish things off with apple pie.  www.parlourkensal.com 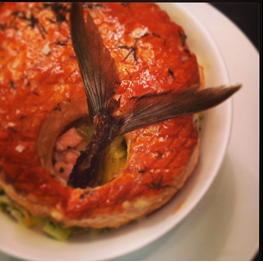 Forget dance offs, we are all about the Pork Pie Off which was held at Princess Victoria in Shepherds Bush to raise money for Action Against Hunger. The winner was Peter Weeden the Head Chef at Newman Street Tavern with his Tamworth pork pie – The Coffin (a coffin made of pork pie… we can think of worse things). And a limited number will be available to buy at Selfridges this Saturday morning with all the profits going to Action Against Hunger, eating for a good cause – it would be rude not to. www.selfridges.com

Think pies and you think of something quite humble, modest perhaps, well stop right there with your pie assumptions because Bob Bob Ricard’s pie is cooked in Champagne and stuffed with mushrooms, pecorino, leeks, black truffles and served with truffle gravy. Not so humble now are we?  www.bobbobricard.com 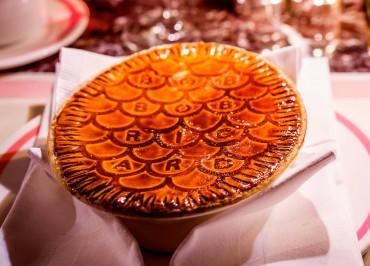 For a taste of London’s traditional pie and mash it has to be Manze. Back in 1902 Michele Manze established the first Manze shop and 113 years later his grandchild are the present owners. Not much has changed since then either, they still serve up pies and liquor using the same recipe as their grandfather and you can still get both stewed and jellied eels – yes they are an acquired taste. www.manze.co.uk

Over at the award winning pie shop, Piebury Corner, they’ve teamed up with Guinness for British Pie Week to create two new pies inspired by the first new beers from The Brewer’s Project – Dublin Porter and West Indies Porter. So you can get stuck in to The Dublin Porter coddle pie or the West Indies Porter jerk pie and if you show that you follow @GuinnessGB on Twitter when you get there, you’ll get a pie, sides and one of Guinness’ new beers all for £8 – ideal. www.pieburycorner.com 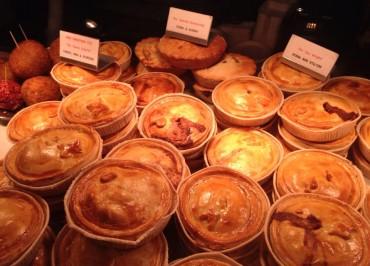