If you’re anything like me then a Sainsbury’s microwave chicken korma simply isn’t going to cut it for Christmas lunch. But going out for a restaurant Christmas dinner is going to be insanely expensive, and don’t even think about going to a Michelin Starred restaurant. Hang on, hold that thought, just maybe a Michelin-endorsed restaurant may be within your grasp?

Event organisers Eventopedia clearly get very bored with their job looking after the dullest FTSE corporates, and so they’ve done the hard work for us, whittling down the cheapest ten Michelin restaurants offering Christmas dinners.

Once a dowdy country pub, the owners of The Woodspeen have transformed this restaurant into one of the most compelling restaurants in Berkshire. The beautifully restored Michelin star restaurant is the ideal Christmas destination, perfect for a long country walk followed by an even longer Christmas feast. The views from the restaurant are nothing short of stunning.

The affordable (relative term) Christmas menu comes in at £95 per person and includes pressed rabbit terrine, confit Loch Duart salmon and roast turkey breast with all the trimmings. 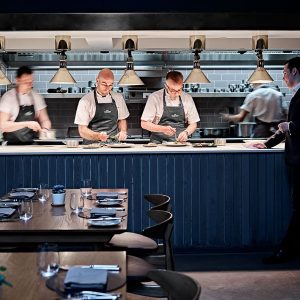 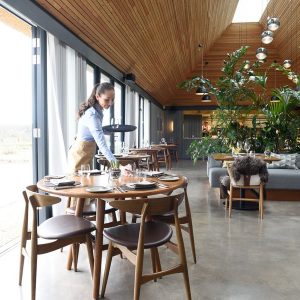 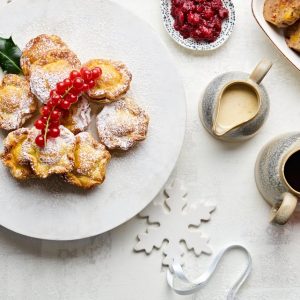 Could anything be more idyllic than looking out across the golden sands of Oxwich Bay? One of South Wales’ most impressive coastal views, Christmas brings with it ominous skies and incredible colours, all best enjoyed from the warmth of the Beach House. The low-rise, almost industrial exterior takes the brunt of the coastal weather, while inside the chefs prepare a medley of dishes championing local Welsh produce.

The Christmas menu includes four courses and although the restaurant doesn’t have a dress code they prefer guests not to wear swimwear, which shouldn’t be a challenge in December… 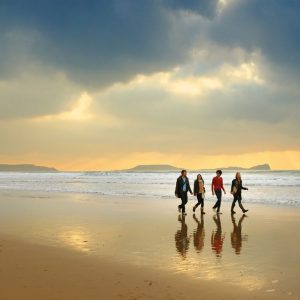 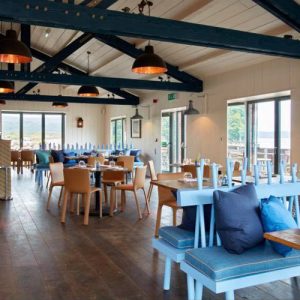 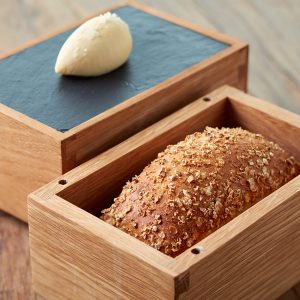 One of London’s least well kept secrets and well deserving of it’s Michelin star. The restaurant remains true to the form that makes it so appealing, incredible seafood, wonderful surroundings and a killer view. The fact that it’s sat atop the South Place Hotel, one of our favourites, is only icing on the cake.

And talking of cake, you’ll want to order some after your black truffle and pumpkin tart, wild turbot, beef wellington and Moet Hennessy Christmas truffles. 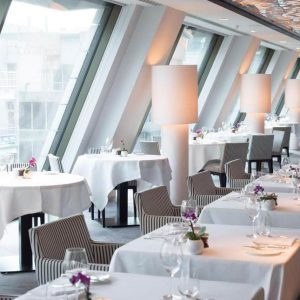 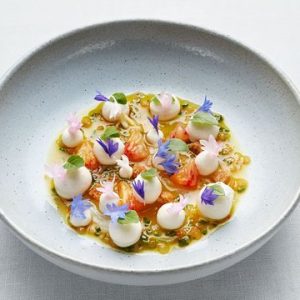 There must be some weird overhead power lines or something up north because there’s a curious cluster of culinary greatness going on in this, the beast of counties (and also my home).

And one of the most low-key has to be The White Swan at Fence. The pub-cum-restaurant is offering an affordable (ish) Christmas dinner including coffee and chocolates on arrival plus four courses. Only snag: they don’t serve turkey. 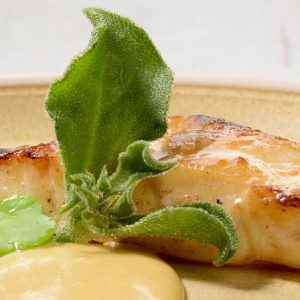 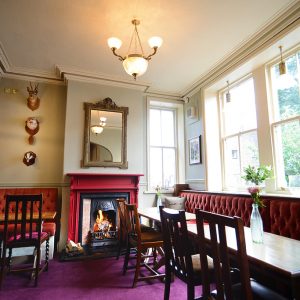 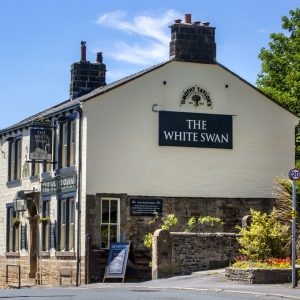 Change of rose colour as we cross the Pennines from Lancashire to Yorkshire and happen upon the Star Inn, the pretty thatched restaurant where you never pull the short straw. The 14th century inn with rooms serves ‘modern Yorkshire cuisine’, with much of it coming from the inn’s own kitchen garden, local producers and game keepers not to mention fishes from the nearby North Sea. 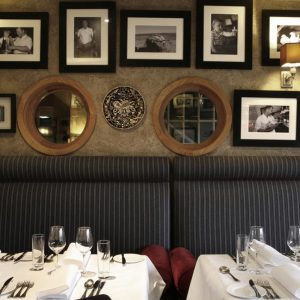 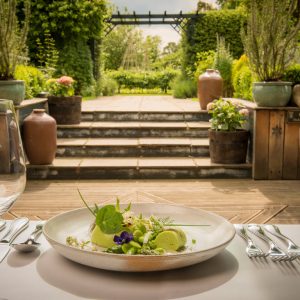 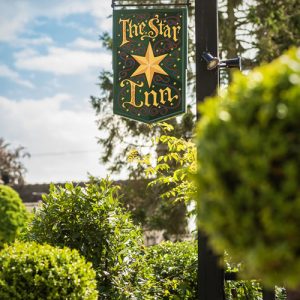 Where: Main Street, Harome, near Helmsley, YO62 5JE
Website: www.thestaratharome.co.uk

To another county seeped in natural beauty, sea views and, unusually at this luxury hotel, an on-site vineyard. Lympstone Manor is a sumptuous hotel, and of course it has an excellent restaurant to match. The European cuisine thanks to the exceptional Michael Caines (no, not the Italian Job one).

Christmas promises a five course menu of Christmas classics, not to mention wine from the 600-bin cellar. 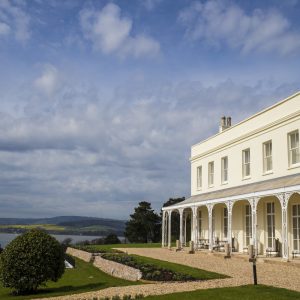 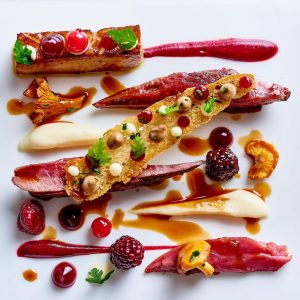 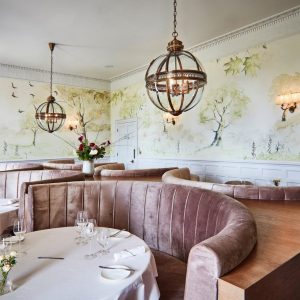 Bath (perhaps surprisingly) only boasts one Michelin star restaurant, and the Olive Tree, with its Mediterranean dishes, is deserved of it’s 2018 star. Despite its classic Georgian surroundings, the food isn’t fusty, old fashioned or made from sandstone.

Christmas brings a meal kicked off with appetisers and Champagne followed by a three course menu that includes smoked eel, fallow deer and the restauratns’ own take on Christmas pudding served with clotted cream ice cream (we’re (just) in the West Country now!). 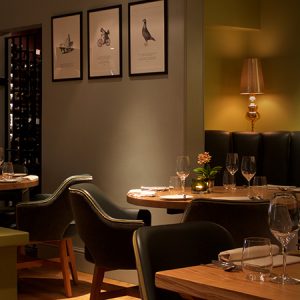 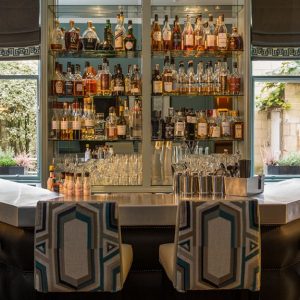 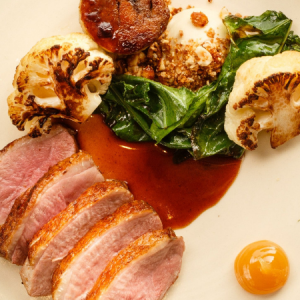 Chef Tony Parkin has created an intimate space for diners at Great Fosters. One of two dining options at the hotel (the Estate Grill is more low-key, though perfectly good), the Tudor Room is the one with the Michelin Star and room for only 20 diners.

Making Parkin’s Christmas dinner, a traditional affair with all the expected trimmings, all the more exclusive and desirable. 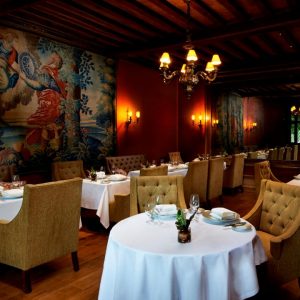 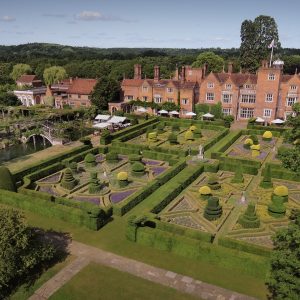 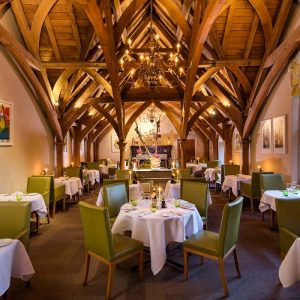 The Dining Room at Whatley Manor is one of the most recent restaurants to be awarded a second Michelin Star. Executive Chef Niall Keating consecutively  won Michelin’s European Young Chef of the Year in 2018 and his second Michelin star in 2019, making him very much on a roll.

Rather than celebrate his success over a relaxed Christmas in the sun, expect to find him back in the kitchen preparing a quintessential seasonal four-course Christmas dinner. 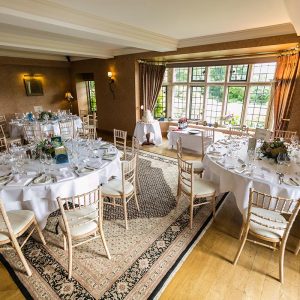 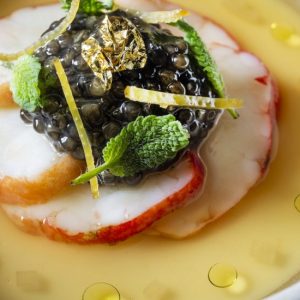 Oxfordshire’s Nut Tree Inn is a traditional pub restaurant, standing in the same spot since the 15th century and noted for its fine dining. The project of Mike and Imogen North, the restaurant has held onto its Michelin star since 2008.

The Christmas menu includes turkey and all the usual, but also a lobster ravioli, venison and pork terrine served Valrhona chocolate souffle. 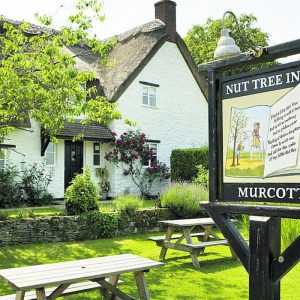 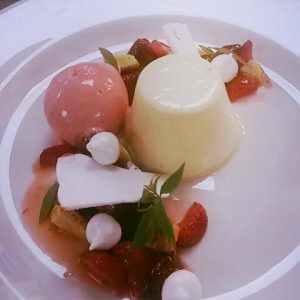 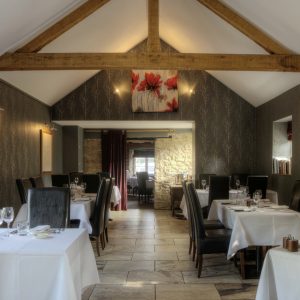 Where To Celebrate Chinese New Year In London 2020

Breakfast At Tiffany’s Really Is A Thing Now

5 New Recipes To Try This Week

29 Places To Eat Out On Valentine’s Day