What could be more British than a good ol’fashioned chippy? Everyone’s got a local, normally with an added fish-pun (The Codfather, Fishcotheque, The Town Fryer and so on) and they are great, quick and filling and cheap. They’re also incredibly unhealthy, the smell of fat greets you from down the street and eating on a park bench isn’t exactly date territory. So what about when you’re looking for something a little more.. gourmet? Look no further, here’s our list of posh London chippies. 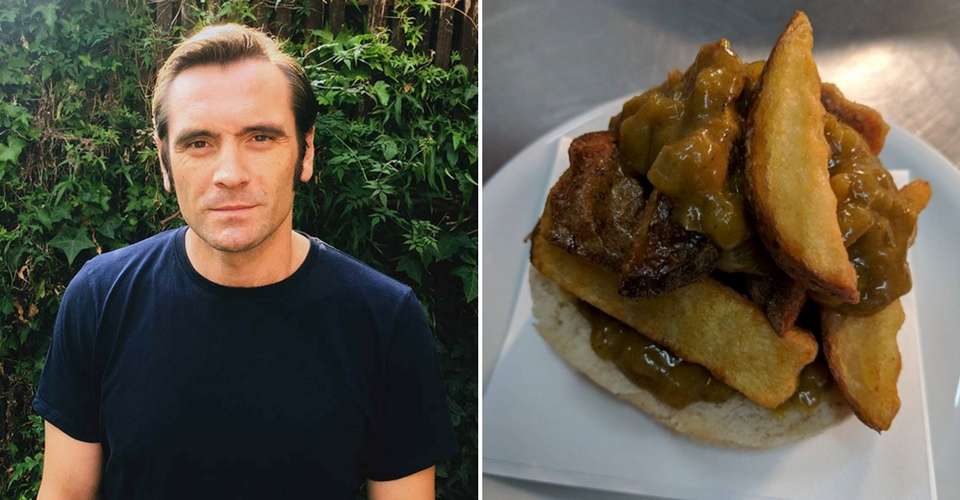 Gilly (AKA Neil Gill) founded Gilly’s Fry Bar in Finsbury Park just a few months back and it’s already a roaring success. Taking the classic fish and chip shop and giving it an Asian twist, Gill fuses his Tyneside upbringing and the Northern chippies  of his youth with Japanese Tempoura cooking and clever cocktails. And it works a treat, elevating the chip butty to an artform! 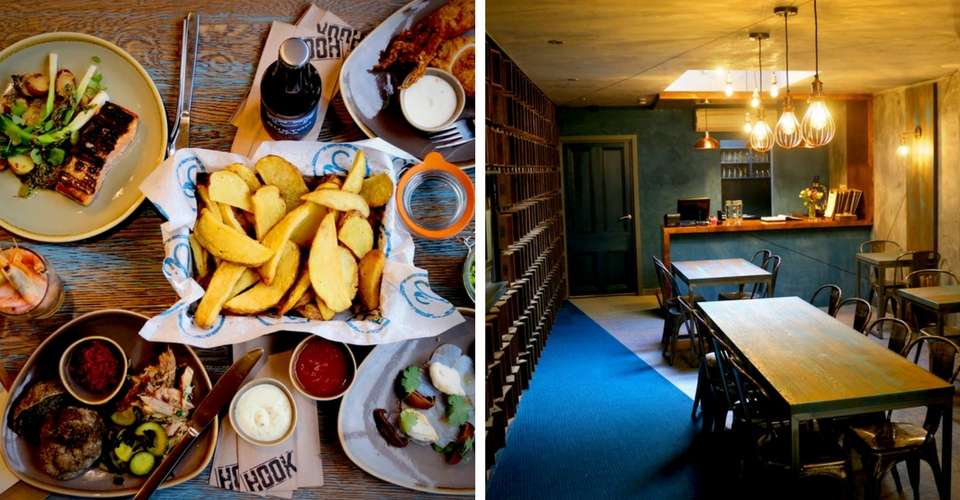 Camden’s Hook closed its doors for refurbishment back in December and has just reopened, and they’re back better than ever. Looking great inside, it’s the food that you’re really here for and it never fails to deliver. Emphasising sustainable fishing, the menu goes well beyond the standard fish and chips brief, incorporating Cajun and Japanese techniques to fry up something special. 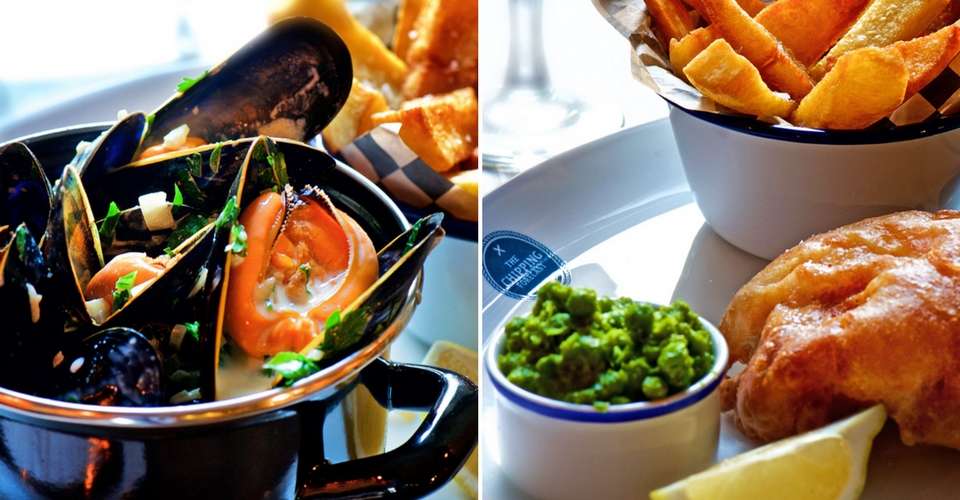 We are so grateful to The Chipping Forecast for one of the best chippy puns out there. And we’re equally relieved that it goes so much deeper. The Notting Hill chip shop guarantees that all the fish is sustainable and has been caught within the last 48 hours (from hook to Hill). 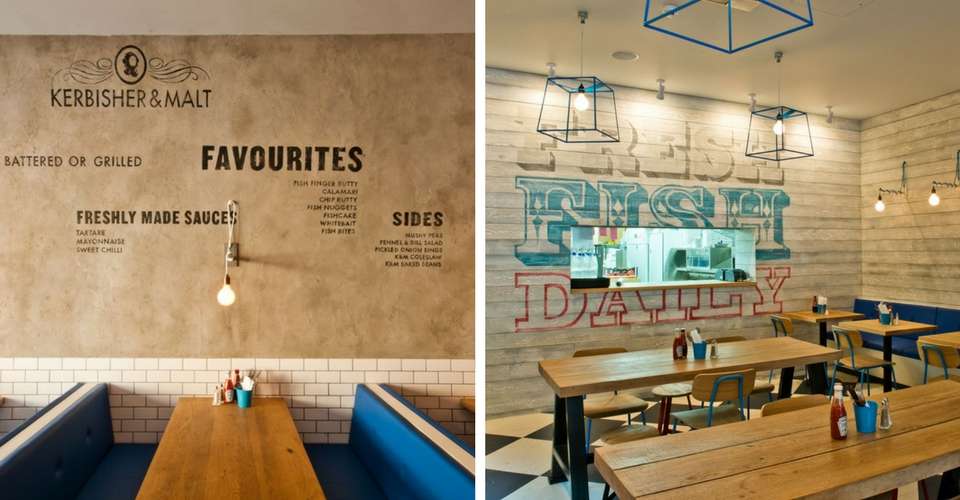 Kerbisher & Malt is takes the chippy down a thoroughly modern route. Gone are the vinyl and the deep fat fryers of yore, chip shops have reached the 21st century at Kerbisher & Malt. The food is freshly hand-prepared each day and the semi-industrial, simple surroundings are a welcome reminder that chippies can be done differently. 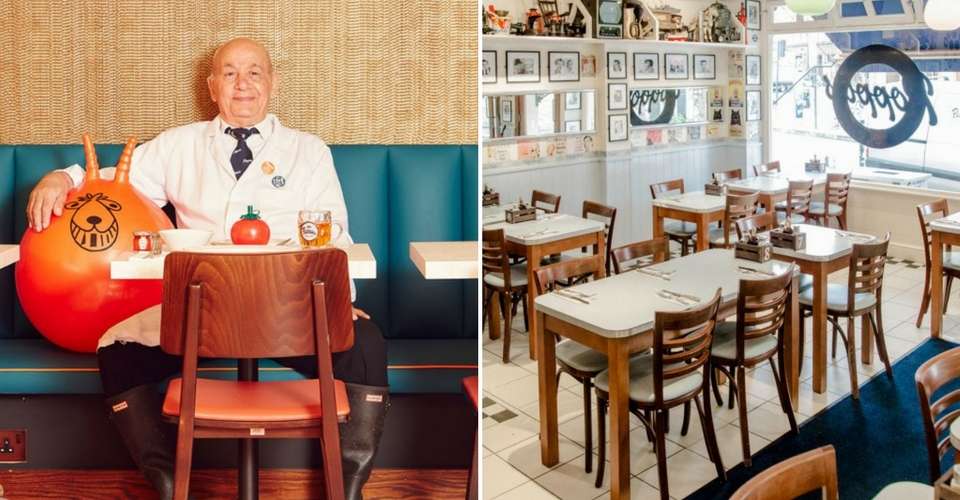 ‘Pops’ started out in the chip shop game in 1952, wrapping chips at age 11. Half a century later he had his own chip shop, Poppies, and it’s stashed full of momentos from Pop’s youth, harking back to the golden age of chippies. But Poppies remains very much in the present, too, with a modern approach to sustainability and a menu that appeals to millenials as much as oldies. 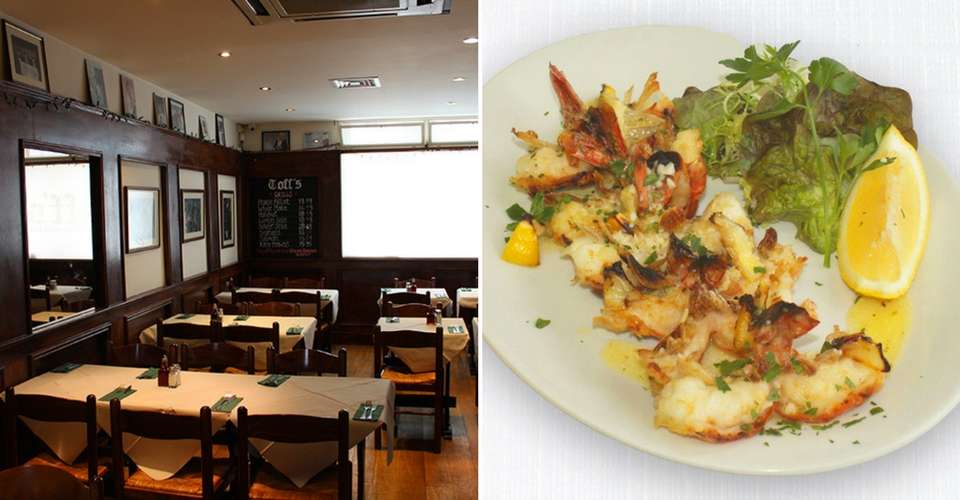 Founded in 1968 Toffs has been at the front of the chip shop game for decades. The Muswell Hill family-run restaurant is wood panelled, giving it a true olde worlde feel, but despite appearances they are constantly innovating and the awards keep coming in for this one-off chippy. 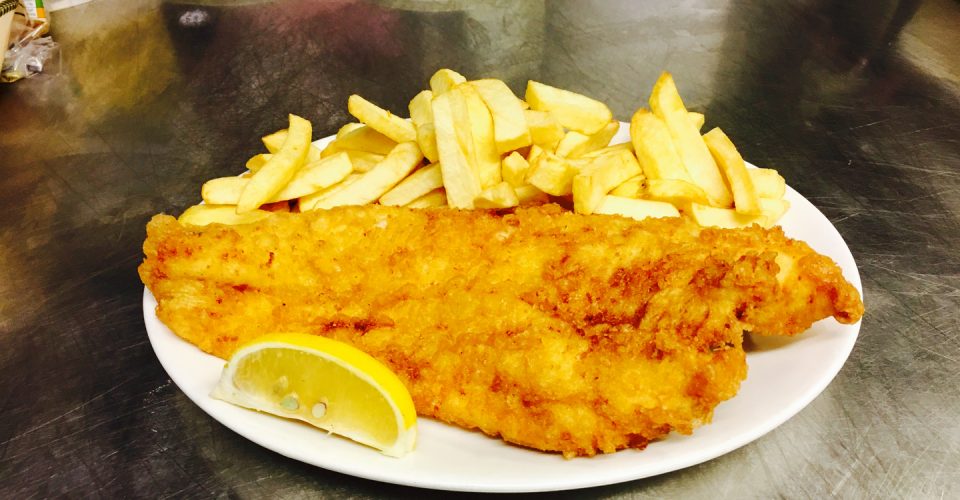 Although sadly no longer BYOB, Golden Hind remains close to the top of London’s fish and chip game. And they’ve had long enough to get there, they’ve been serving fish (and chips) to the good people of Marylebone for the past 100 years.