If you’re sat on the tube reading this then you’re probably very aware that you’re not sipping Champagne at 20,000 feet. Likewise, if you’re relaxing on your private jet as you flick through The Handbook, then you’re unlikely to be wishing you were wedged into a sweaty Northern Line armpit right now. And who’d want to be, when you’re no doubt en route to one of the world’s most glamorous getaways at 550mph?

For the uninitiated: here’s how it works: you probably got up late (why not? You only need to get to the airport 20 minutes before departure), a limo will have collected you and driven you straight to one of London’s more accessible airports (goodbye Gatwick, hello Biggin Hill and Farnborough), and you enjoyed a smooth process traversing the private terminal with maybe a glass of Champagne en route through. Or maybe you skipped the terminal altogether and your car drew straight up to the jet’s steps. 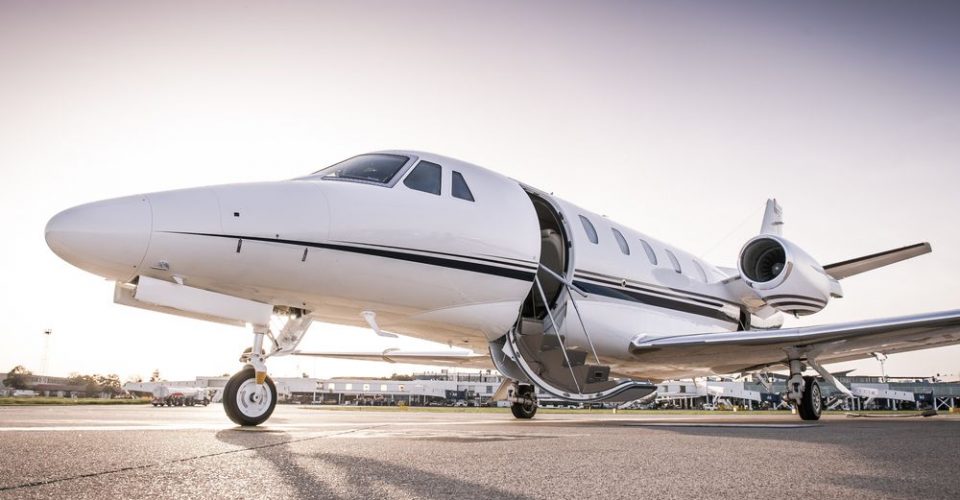 But odds are you chartered your jet from a firm like Jet Britannia. The way they work is to take away all the hassle (and cost) of owning your own private jet and instead skip straight to the benefits of having access to a fleet of aeroplanes. You chose the right jet for the trip, they get the price right and then you simply bask in more-than-first-class luxury until you softly touch down at your destination.

Not that we don’t enjoy the Northern Line, of course, but unless the answer to ‘where to sir’ is Seven Sisters, then we know which we’d rather be travelling on. So where to?

Private jets gravitate to Monte Carlo like wasps to a family picnic. So much so that Cannes Mandelieu airfield handles helicopter transfers to the principality with the speed and efficiency of a Monaco Grand Prix pit lane team.

Stay at the iconic Hôtel de Paris, the location of two separate Bond films (Never Say Never Again and Goldeneye), and dine at their three-Michelin-starred restaurant, shop in some of the world’s most exclusive boutiques in the the Cercle d’Or district and, of course, gamble at the instantly recognisable Casino de Monte-Carlo.

Journey time with Jet Britannia from London: 1hr55m in a 7 seat Phenom 300

There are probably more private jets in Dubai than there are camels (well, there’s probably not, before an Emirati camel dealer gets the hump, but you know what I mean). But it’s easy to see why, the luxurious destination isn’t just the playground of the rich and famous, it’s the ball-pit of the billionaires and Bilderbilters.

With more luxury hotels than you can shake a Lambourghini Huracán at, there’s no shortage of incredible places to base yourself that will be almost, but not actually, as comfortable as the flight over. Try the Burj Al Arab Jumeirah or the Shangri-La Hotel Dubai.

Journey time with Jet Britannia from London: 6hr45m in a 13 seat Embraer Legacy 650

So you’re off to play one of Ibiza’s superclubs, or maybe you just fancy a family holiday on the white isle, either way there’s only one way to arrive and you guessed it: private jet! The island abounds in fun, not least dinner at Sublimotion, the underwater Michelin-star restaurant!

Avoid the polloi on the club-rep filled streets of nightclub Ibiza, and head to the glamour of the island’s countryside. Villas can top €100,000 a week, but they’re worth every penny. Stay somewhere like this, and you’ll have change to cover the jets out and back.

Whether you’re heading there just to check in with your private banker, or to head to the alps skiing, Geneva’s the place. Known as the home of ‘old money’, compared with nouveau Zurich, it’s also the ideal staging post for a week spent whisking down white powder slopes come the winter. And if you’ve ever been forced by skinflint parents to pass through customs wearing full ski-getup, including boots, in order to save weight for the easyJet (just me?), then you’ll never look back when it comes to private jetting it.

Stay at Geneva’s Hotel d’Angleterre, the like-side palace that’ll keep you very much in the manner in which you’ve become used to. Alternatively the Mandarin Oriental is perfectly acceptable.

Journey time with Jet Britannia from London: 1hr 30m if you take a 6 seat Citation CJ2

Power is always shifting, prime ministers come and go, investment banks implode and law firms get longer and longer names, but one constant remains, The Hamptons is where is all happens. The Long Island destination represents the epicentre of the US, and so global, elite. And it’s the natural direction to point your private jet.

Of course what you really need is a classic, beachfront Hamptons property. You could do a lot worse than this 16 bedroom property, currently on the market, a snip at $145,000,000.

With a constant 28-degree temperature, warm seas, stunning scenery and warm communities, it’s no reason that the Caribbean is where everyone from Richard Branson to Ronnie Biggs has tried to end up here. Barbados is perfectly set up for the rich and famous, expect to see Rihanna on the beach and Simon Cowell on the street.

Ideal, too, for anyone taking a private jet across the Atlantic, the 166 square mile island is fully equipped with a private jet terminal. And once you’re there, a beachfront hotel is a must. We’d recommend The Colony Club or the Sandy Lane Hotel.

For all your private jet charter needs, Jet Britannia are able to help.