Irresponsible Britons crowding onto beaches in Durdle Door like they’re queuing for the log flumes at Chessington withstanding, the rate of coronavirus infection in the UK is dropping at about the same rate as our GDP. Which is good news for anyone desperate for a nice cold pint.

There’s a cabinet meeting scheduled for this morning where the Prime Minister is expected to set out the steps for the next stage of reopening Britain, and there are two important items on the agenda. When can we open the hospitality industry and what is the minimum distance for social distancing?

First up are measures that can be taken to help out the hospitality sector. According to a story in the Sunday Times, Business Secretary Alok Sharma and Chancellor Rishi Sunak met with Boris Johnson last week and laid it to him plain that 3.5m jobs in hospitality were on the line if Britain didn’t open up soon. Apparently the PM’s response: ‘Christ’. 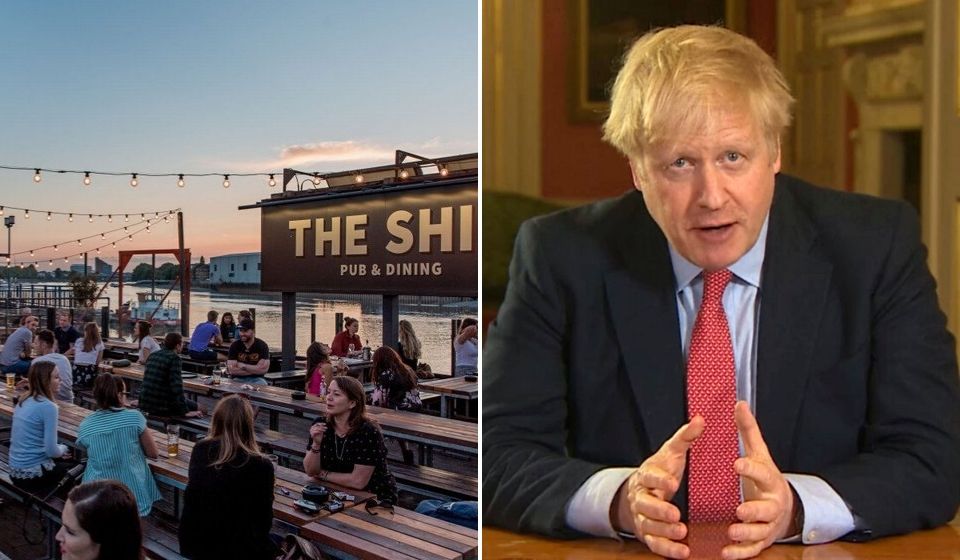 The current schedule set by Boris is for hospitality to only start reopening on Saturday 4th July ‘at the earliest’ (it doesn’t take a genius to point out that opening pubs for the first time in three months on a Saturday will see coronavirus spread faster than you can say ‘two pints of lager and a packet of crisps please’). But if rumours are true, then this date might be brought forward to Monday 22nd June, just two weeks away, with pubs and restaurants allowed to open up outdoor spaces.

Their worries are justified, even if hospitality was to reopen at full-tilt tomorrow, research by tastecard released today suggests that they can expect a 20% reduction in footfall and that 56% of restaurant-goers will not continue to eat out in the same way that they did before coronavirus. Eek!

As ministers chew over the Summer Sixes’ findings and suggestions during this morning’s cabinet meeting, another agenda item will be put forward by Alok Sharma. Again according to the FT, the Business Secretary has been specially tasked by Boris to investigate the possibility of reducing the proscribed two metre distancing zone to just one metre.

This is a vital lifeline for restaurants, pubs and bars, many of which simply can’t deliver their service with current social distancing in place. Even if restaurants themselves could be spaced out, kitchens could not ensure staff safety and restaurant capacity would be too low to possibly be profitable at two metres. However, this might be achievable if they halved it to one metre. 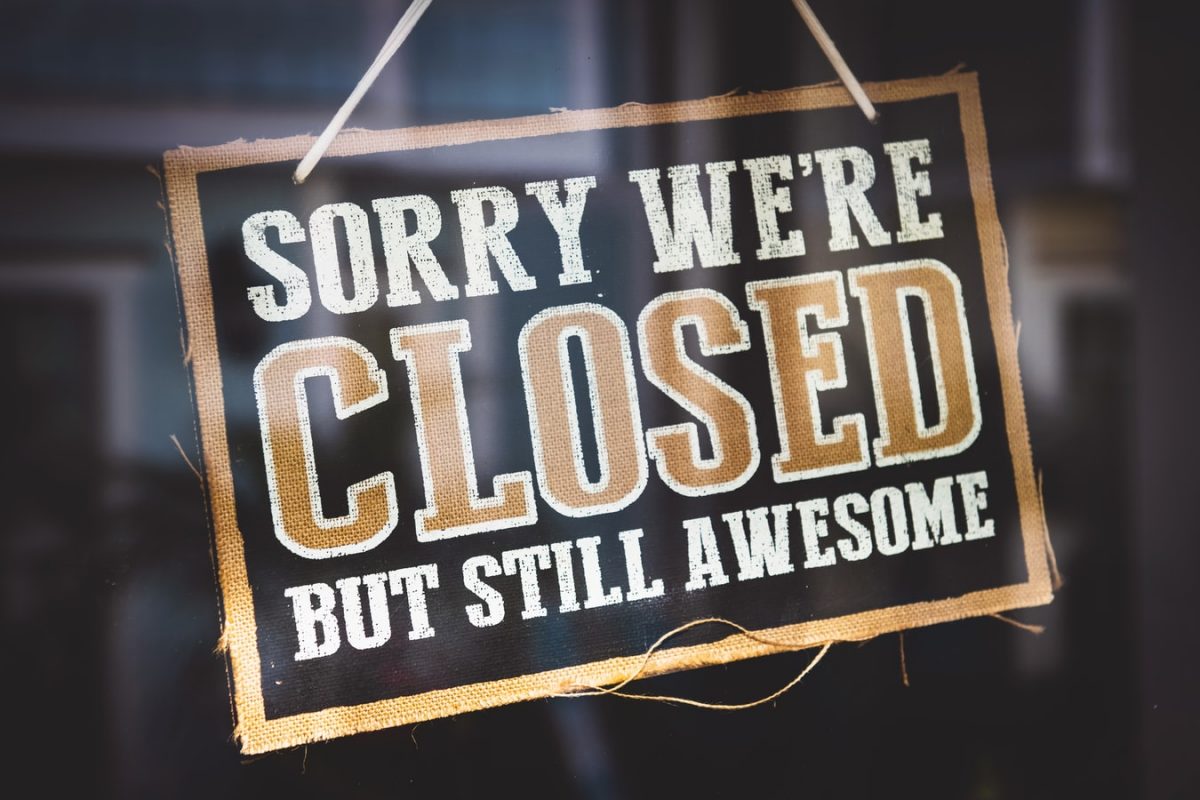 The proposal isn’t entirely unreasonable. Advice from the World Health Organisation is that one metre is dandy. Most European countries insist on just one metre or one and a half metres social distancing and Britain is among only a handful of countries to enforce the more conservative two metres. To this end Sharma has spent the last week picking the brains of his European counterparts, and scientists, on the tricky subject.

Changing the distancing is vital to getting the hospitality industry up-and-running again, many in government believe, but it’ll be a tough sell. Only yesterday Health Secretary Matt Hancock defended the two metre standard, hailing its safety and praising its caution at the daily briefing, and if the government reverse-ferrets on this key public health message, it might be tricky to take the population with them. Or, indeed, entice them into a dive bar.

Other voices who have not appeared anxious to ditch the current two metres guidance are Chief Medical Officer Chris Whitty and Chief Scientific Advisor Sir Patrick Vallance. We know from the famous Zoom cabinet meeting that both men attend cabinet and it seems unlikely that they wouldn’t be in the room as the politicians ruminate over these issues. Politicians have been keen to at least pay lip-service to science, so even if both men don’t fully buy into the changes their tacit agreement to scoot along with it is probably required to give cabinet the confidence to nod the changes through. 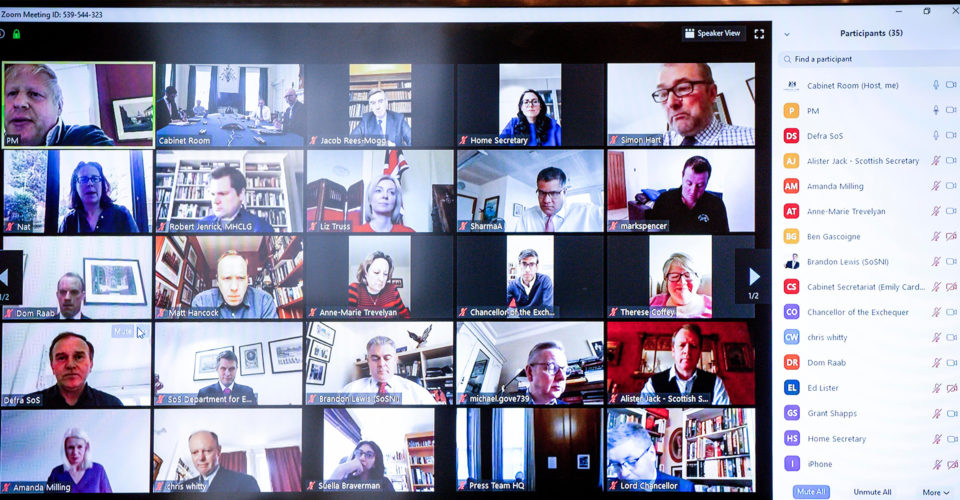 One factor that will be fresh in the minds of policymakers is Britain’s decreasing death rate (a record low yesterday) and no uptick in hospital admissions or positive testing since the harshest restrictions were lifted in mid-May. They will also take heart from the experiences of European countries who are around a fortnight ahead of us and have been able to re-open parts of their hospitality industries without causing a second wave (yet…).

If cabinet agrees to the changes it’s not clear what the next move would be. Possibly Boris will want to do one of his bombastic ‘address the nation’ speeches, which may be handy as it won’t give the press chance to challenge Whitty and Vallance, who may prove talkative targets for hacks. Or we may have to wait a few more days to find out. Or, of course, cabinet may err on the side of caution for fear of risking a second spike.

Either way, we’ll be eagerly watching what happens, all our pints rely on it…