Comedian Ivo Graham probably didn’t expect his first gig back after lockdown to be like this. In what I feel we’d mutually agree to be one of the weirdest gigs we’ve ever been on either side of, last night saw Graham perform to a dozen rows of blank windscreens. Were people laughing? He’ll never know (they were in this car), but it’s the new normal. As is going to watch Grease at London’s first post-corona drive-in movie. And I could get used to it…

I’ve never been to a drive-in, in fact I don’t think anyone outside of dated American teen movies has. But they’re the future in a nation trying to find a way to return to normal while keeping the global pandemic at bay, not least because nothing is as socially distanced as sitting in your car with the windows rolled up, doubled over in solitary laughter as Ivo Graham. 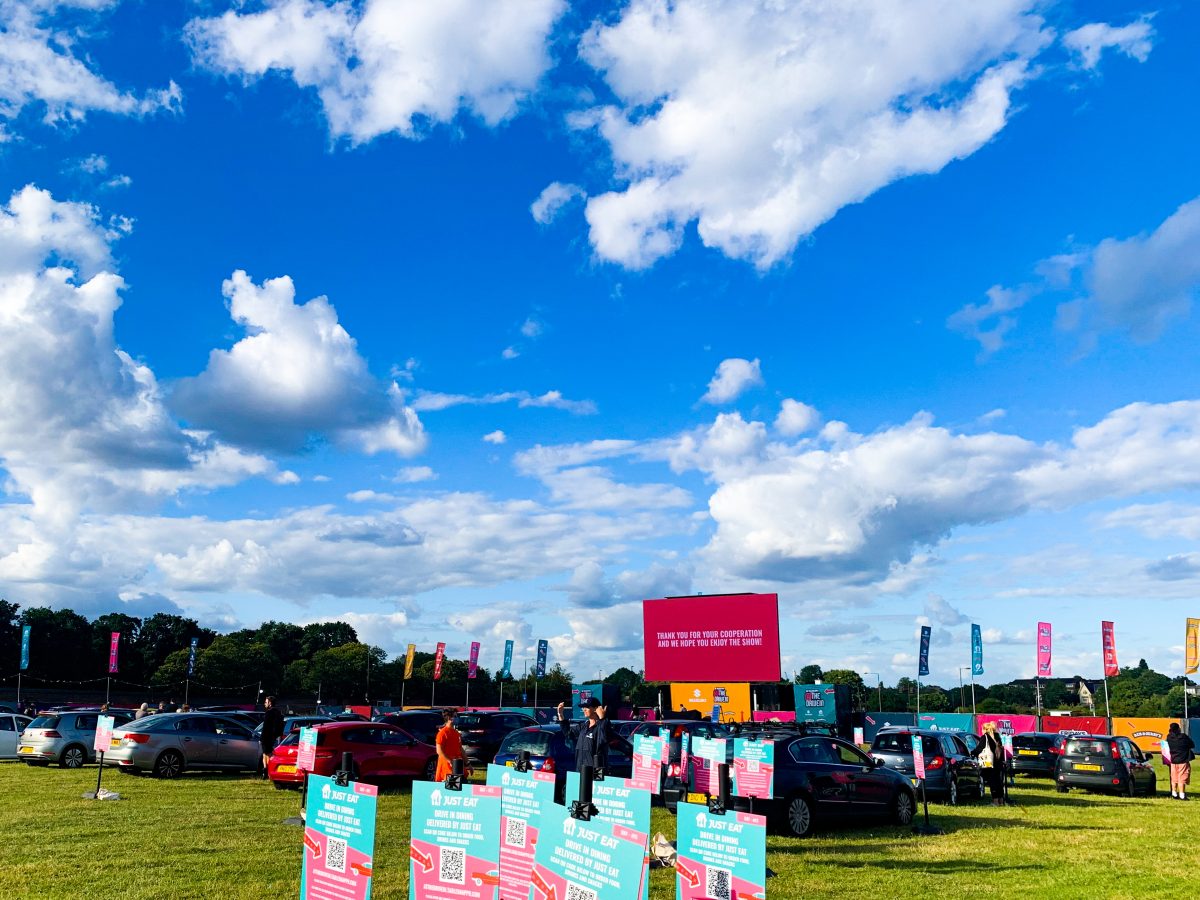 Suzuki Presents At The Drive In has just arrived on South London’s Blackheath. The format is simple and well thought through. Pre-book and you’re given an arrival time, just roll in to your assigned a bay and all that’s left is to order food and adjust the recline settings on your seat.

At The Drive In has teamed up with TGI Fridays to bring their delicious food van, and Ben & Jerry’s for ice cream (an essential ‘at the pictures’ purchase). All that you have to do is tune your car radio into the gig’s FM frequency (portable stereos are provided if needed) and scan a QR code to order food and drink. You never need to leave the comfort (or lack of, depending on your wheels) of your vehicle, all orders are brought straight to your car.

The food is classic American fare, burgers, chicken wings, really excellent fries, there’s no alcoholic beverages (for obvious reasons) but it’s not the main event. Which, it turns out, isn’t necessarily the film you’re checked in to see, because there’s plenty more to an evening at At The Drive In. 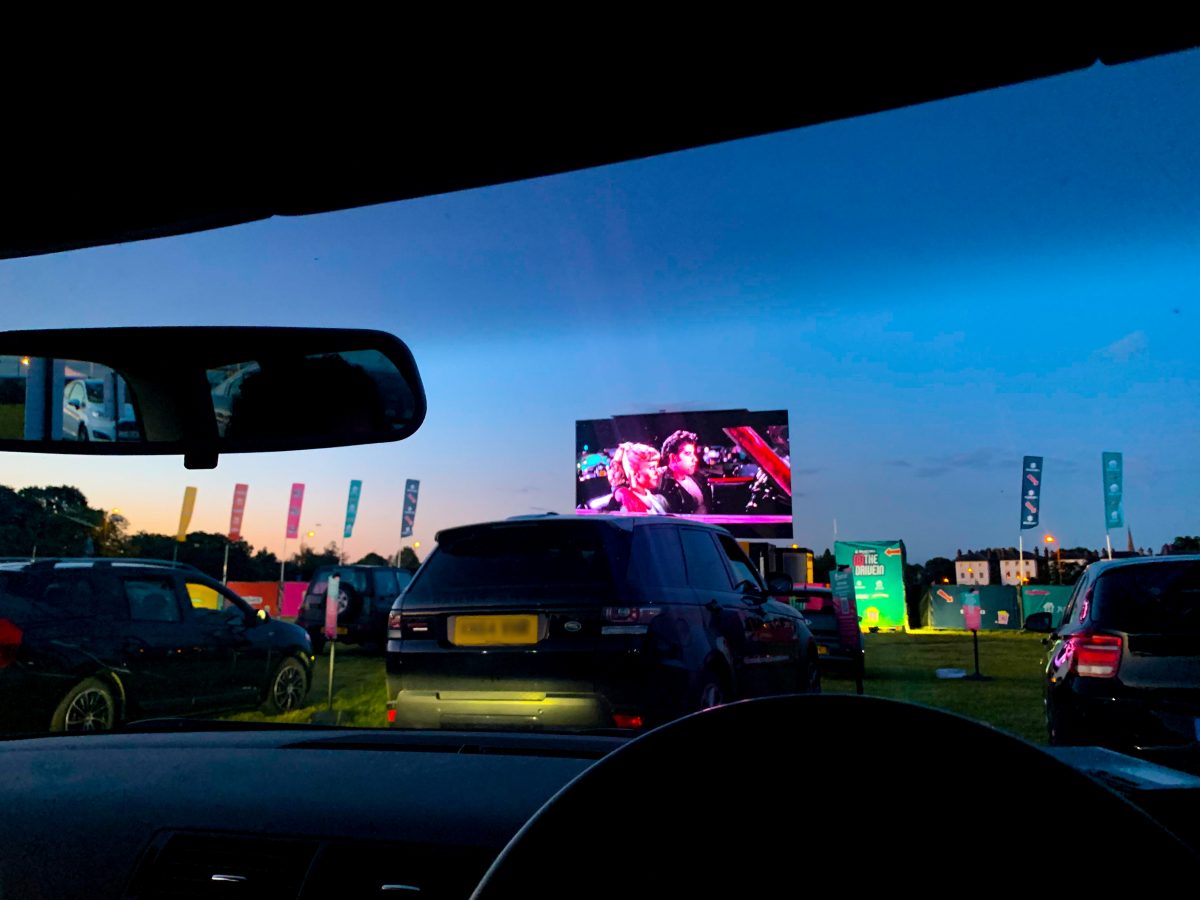 The event is professionally compared, and the timetable includes Suzuki Lucky License Plates (basically bingo), CAReoke (you can guess what that involves), comedy (we had Ivo along with Andrew Maxwell) and a DJ set from DJ Yoda, all of which takes as long as the film itself. The main feature is then beamed onto a huge screen as you relax and order more fries.

‘What about the loo?’ I hear you scream through crossed legs. Fear not, there are Portaloos provided. In fact everything has been carefully planned, the car next to ours ran out of battery, presumably this happens a lot, and they were able to send for someone to fix it. Meaning you can just get along with spending an evening together, albeit in the car.

This is the summer of social distancing, we’re all going to have to embrace a different way of doing things. Some things, like avoiding grandparents, we’ll be looking forward to jettisoning as soon as the pandemic disappears, but other habits, like drive in movies, we’ll be taking into future years as a great new normal.

Suzuki Presents At The Drive In will be in Blackheath all week, followed by a UK tour taking in Birmingham, Manchester, Leeds, Newcastle, Edinburgh, Glasgow, Liverpool, Cardiff, Bristol, Brighton, Southampton and, drum roll, London again (this time East London). Films include Joker, Toy Story, Back To The Future, Grease and Jaws.